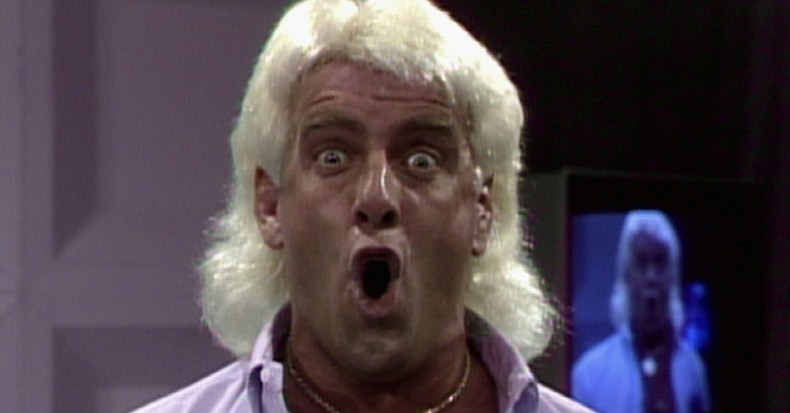 Let’s dispense with the usual pretense: you’ve clicked an intriguingly titled link – probably from Twitter – and you’ve fallen afoul of clickbait. Oh shit, Adam, you’re thinking (we’re on first name terms, because I’m nice and you like nice people), you’ve got me, you’ve pulled me in with your demonic powers and now I’m stuck here, reading your wisdom. I’m in your head now. Scary, isn’t it?

Kind of like some scary video games, right? See what I did there? I’m brilliant, me. But regardless of the click-baity headline (and just FYI: all headlines are clickbait, because nobody wants to spend hours writing something nobody clicks and reads), I’m gonna tell you about some games I truly think you should play this festive season (maybe some of you celebrate Halloween in such a huge way that it’s your festive season, I don’t care), because they’re just really, really good games and you should play them, right now, before, during, and after the pants-shitting fireworks have gone off and put your dog into a coma and caused your cat to piss up the walls. Fuck sake, seriously, there are fireworks displays organised for you, go to them rather than risking blowing your own balls off.

Look, even if you’ve never seen the films before (and that’s a problem you’ll fix after playing this game) you’ll get a lot out of Creative Assembly’s game of the year contender from 2014. It nails a scary atmosphere so incredibly, you should play it even if you hate horror games, such is the phenomenal sense of place it gets so right. You feel adrift in a monstrously sized Space Station, and you will lose all hope. Quite frankly, the Xenomorph is one of the most fearsome creations in all of Sci-Fi, and the death animations when it gets you (it will get you) are delightfully horrific – but I won’t spoil them here.

It can be grabbed very cheaply on PS4/Xbox One and PC now, and it’s a meaty adventure for a first-person horror/sci-fi game, taking well over 10 hours to get through. Honestly, this is the kind of game that makes you sweat as you play it, it makes you clench extra hard as you escape, tentatively thinking you’re safe, before the Alien just rips you to pieces. Even the Android dudes are scary, taking about a hundred shotgun shells to kill, then bleeding a milky white substance. This game is scary, pure and simple. Play it, and let’s pray SEGA lets Creative Assembly make another one, somehow.

In space, no-one can hear you shit your pants, and that’s a good thing, because Duskers borrows a lot from the Alien aesthetic (notice a theme? I like the Alien franchise), with the 80s sci-fi visuals: you know, that of a VHS tape not running so well, and marries it with genuinely unique gameplay.

Duskers is absolutely brilliant, and I don’t feel as though anyone is talking about it enough. It takes horror in a new direction because you cannot see what is going on, nor can you have full 1:1 control over the objects you are using. The idea is that you are in space, and you’re controlling Drones by using your keyboard. It’s like DoS Prompt, only good. You find a supposedly derelict spaceship (or 10) and you dock with it, then you send your drones out, but each of them can only do a certain number of tasks. Perhaps one Drone is able to power a generator; thus giving power to doors. This means the alien species trapped behind that door can now roam free and attack your precious drones. There are defences you can power, and you can open and shut doors, but your scavenge rarely goes without a scare. Duskers plays on the fear of the unknown and is a cheap indie title that you have to play to fully understand. It’s also a game of the year contender, so you really ought to play it, scary-season or not.

It’s hard to say much about this game that hasn’t already been said, so I’ll just remind you it was free on PlayStation Plus last month, so you should own it already. That aside, I shall regale you with a tale from my youth that is about Resident Evil.

Many years ago, in the sleepy little town I still live in, I imported “Biohazard” for reasons I can’t actually remember – although I think it had something to do with the local game shop owner telling me it was ace and to buy it from him. Actually, you know what, it might have even been a pirate copy now I think about it, he was a dodgy geezer, after all. Anyway, I digress, the game booted up and that stupid voice says “RESIDENT EVIL”, but it was all in black and white. It was something to do with scart cables, I think, but I eventually got it working, and I still recall a young (but still very sexually attractive) Adam Cook nigh-on soiling his britches as that dog jumped through the window. Oh and the spiders. Those spiders were uncalled for, and I never truly forgave Capcom for them. But the game is incredible, the remake is amazing, the re-remake-HD-new-gen-buy-it-again version is still equally impressive, adding modern controls for those of you are wrong about tank-controls. Can’t think of a more apt game to play this halloween, actually.

I remember The Evil Within being one of the first games I reviewed after our latest site redesign, and even sticking the artwork behind the review made me think “this game is messed up”. And it is, gloriously so. You’d expect nothing less from Shinji Mikami, of course, but even the insanity of Resi 4 feels tame in a modern light compared to The Evil Within. You should play it for so many reasons, but also, like Alien Isolation, I’d quite like another one of these.

From chainsaw wielding nutters (Mikami seriously loves chainsaws, doesn’t he?) to genuinely unsettling levels full of literal vats of blood and corpses, or enemies you must hide from lest they kill you instantly, this is a horror game through and through. Yes, it shares a lot with Resi 4, but that’s not a bad thing. This is a gorefest, a punishing game (ammo is often in short supply) that veers somewhere between Resi and Silent Hill, but amps up the crimson to ridiculous levels. I would unconditionally recommend this for people to play this halloween, but honestly, it really is a messed up game that, if you let it inside you head, might keep you up at night. And like Nick Ross used to say: “Please, don’t have nightmares”.

First of all, yes; I know Rush of Blood just came out and you’re looking for a game to play on your shiny new PlayStation VR, but there are better ways of spending your money, and it’s merely “good”. It’ll give you jump scares galore, but so will Until Dawn, the original game – a title that was looking like it’d be rubbish, then appeared in our elite media inboxes and we all really, really liked it.

It’s just the right side of horror and shlock at all times, never veering into serious territory enough to make you roll your eyes. It’s the best David Cage game that David Cage never made, because it knows playability is important, and accepts that nobody will ever, or should ever take computer games seriously (that’s a joke, don’t send me hate mail). Until Dawn is just so good it makes me openly weep. Me, a huge, fat man, weep, right in front of your internet faces. Please, Sony, please don’t go down the Rush of Blood route. That game totally misunderstands what made Until Dawn so good. Let SuperMassive make more, because we all want more. If you’ve not played it, it can be grabbed cheap, but genuinely, it’s the perfect halloween game, and everyone can get involved with the dialogue choices. It’s ace.

Anyway, there are plenty more I could list here. SOMA is a good shout, and if you’ve got PT you could pretend that’s still a thing and play that over and over. The new Resi 7 demo is unsettling as hell (and bodes very well for that game), and even Here They Lie on PSVR is worth a shout if you’re cash-rich and desperate for a horror game in VR. Resi 4 HD is fantastic, obviously, as well.

If you aren’t fussed about playing on current hardware, I’d heartily recommend playing through Dead Space and Dead Space 2 (in fact, the first game is on Xbox One via backwards compatibility), because that series is a masterwork of horror (the third one is good as well, but it’s not a Dead Space game, really), but you could go back to the beginning of the Xbox 360 generation and buy Condemned: Criminal Origins, which (along with Dead Space) I’d kill to see rebooted on this new hardware. Christ, imagine Dead Space remade from the ground up for the PS4 and Xbox One.

I guess I could say the same for Alan Wake, too (also available on Xbox One back-compat), but at this point I’m just making myself sad, which let’s face it, isn’t the point of halloween. We all know that it’s just about sweets and sexy costumes, right?