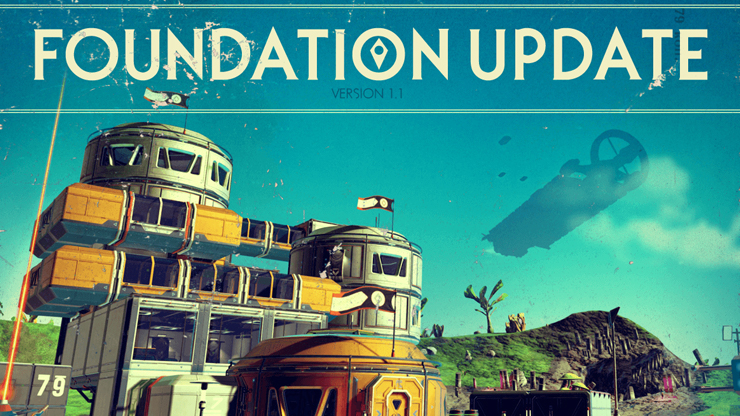 After mostly being silent for a while, Hello Games breaks the silence with details of a huge update to No Man’s Sky.

The Foundation Update is now live on PlayStation 4 and is roughly 2.7GB. The update adds new game modes, base building, and more. This is the first of many free updates for it as the release notes claim.

Platform specific changes are as follows:

Watch a video detailing the patch below:

More details about the patch are available here.

No Man’s Sky is available on PlayStation 4 and PC.