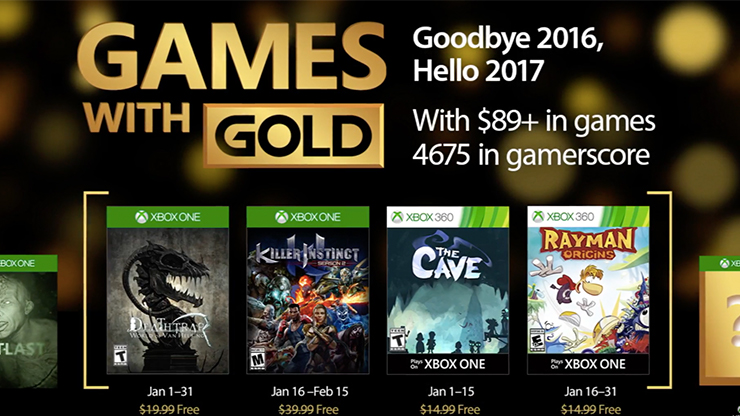 On the Xbox 360 side of things (and Xbox One via Backward Compatibility) one of my favourite platformers in a long time, Rayman Origins will be available for free along with The Cave. Watch the January Games with Gold video below:

Xbox Games with Gold are available to all Xbox Gold subscribers. Now to see what PlayStation has to offer for the new year.