Halo Wars 2 is the RTS that everyone can play (even you!) 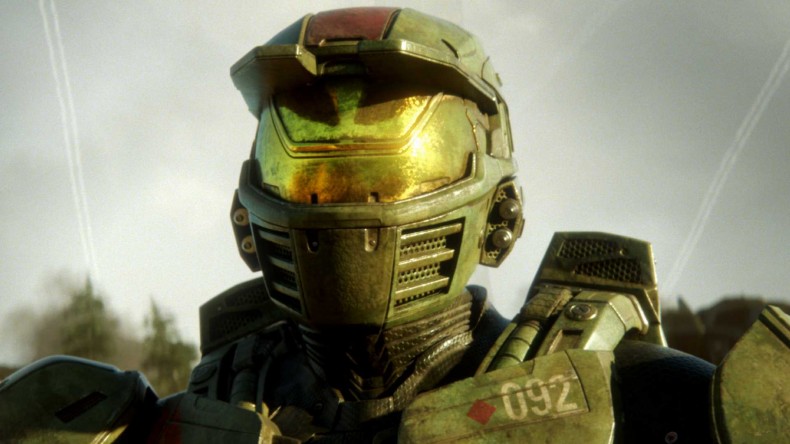 You might have heard the old saying that it takes 10,000 hours to master something. But that’s not true. Not true at all.

It might apply to learning a language or playing an instrument. What about the everyday tasks a mildly cretinous games journalist has to deal with though? I’ve put over 10,000 hours into Twitter and I still can’t get more than four RTs on anything I post, no matter how many dog gifs I use. I’m also fairly sure I’ve put over 10,000 hours into Tinder and I still spend my evenings watching a Birdseye lasagna for one slowly rotating in the microwave.

Stupid, awful theory. You know what else fails the ’10,000 hours’ theory? RTS games. You can put thousands of hours into them but certain attributes are required to master the genre. You need superhuman hand-to-eye co-ordination, the kind that could prise a SIM card from a phone without using a pen lid. You need reaction times borne from a lifetime of playing games and crushing back cans of Monster at 2am. You probably need to be an eSports pro in the making.

All of which is a meandering introduction to Halo Wars 2, an RTS game designed for idiots like me, lumbering Neanderthals cursed with sausage hands and a “SpankinUrMum” gamertag. Do the controls work?

There are control shortcuts that get around the controller’s limitations. Tapping RB selects all local units in your area, double-tapping RB selects all units on the map. D-pad cycles between your bases, armies, and alerts, depending on the direction you press. It’s easy to zip around the map with a few taps and you can order your units to attack, move and retreat with ease, making you feel like an army general/xXMLG SuPaPrOXx/God.

But there are some drawbacks. While zipping between each of your units is easy, having to scroll to a specific part of the map is a pain. Individually selecting units within a group is also a bit fiddly, a reminder that you’re cursed with sausage hands. It’s rare you’ll have to venture outside of the zipping-between-units controls but when you do, it’s an awkward stumble around the map rather than confident stride.

Not that it mattered too much in the Campaign mission I played, which was essentially an elaborate tutorial. It teaches you how to move through the map, how the currency of the game works (collect Supply and Power to build things), and what each of the units do. There’s a rock-paper-scissors element in Halo Wars 2, as there are in any RTS game. Infantry is good against air units, air units are good against ground vehicles, ground vehicles are good against infantry. Or, as we ended up doing, put-loads-of-different-units-together-and-blunt-force-your-way-through-everything.

A master tactician, I am not. Sod the campaign, multiplayer is brilliant!

The small taster of Campaign mode was enjoyable but there’s nothing particularly exciting about a tutorial. If you love Halo lore, you’ll be right at home in the campaign, which has the likes of Captain Cutter and Isabelle shouting at you about the Banished, the Ark, and the Cartographer. For everyone else, having an old man wearing a military hat telling us to press Y to jump up a ledge isn’t why anyone bought an Xbox One. While Campaign has yet to show its hand and get our gaming crotches dripping with excitement, multiplayer has done that already.

It’s here that Halo Wars 2 really shines, as all the decisions pay off – the snappy controls, the fast-paced action, the tight maps. It’s where you realise you can play a RTS game and feel competent, despite not being blessed with the hands and skill of a superhuman eSports pro.

I tried 3 versus 3 and 2 versus 2 and, in both instances, it was the pace of each match that impressed the most. Halo Wars 2 doesn’t make huge demands on you before you can start building sizable armies. There’s little fuss before you can crack on with the Fun Stuff – threatening other players, crushing tiny Spartan patrols with your gargantuan army, running away in blind panic when an even bigger enemy army turns up to investigate. RTS games are bloody good fun when you’re not having to click a thousand things per second and multitask at a speed that cooks your brain. One extra touch are the leader powers you can call upon during battle, with a lengthy cooldown making you pick your spots wisely. Each of the leaders has a different set of powers, with more that can be unlocked during battle. Professor Anders has Restoration Droids, healing all units within a small area, while Shipmaster can use his to cloak units. Across the other characters are a wide range from passive effects like cheaper unit build costs to the dramatic, like bombing runs as a barrage of missiles are called in.

Advanced units also have special moves, which you can buy as an upgrade from your base. Warthogs ram into enemy units, for example, while Spartans can hijack vehicles like Wraiths. There’s something immensely satisfying about seeing your multiplayer partner engage in a skirmish on the map, then wandering over and unloading with leader powers and special moves to bail them out of trouble. “No, no, it’s okay, don’t thank me,” you’ll be quietly saying in your head, while frantically double-tapping the home button and recording the footage so you can upload it to Twitter later. What is this “Blitz Mode” everyone is going on about?

It’s 2017! And as we all know, Videogames Law dictates any game released in this day and age has microtransactions rammed in wherever they’ll fit.

Halo Wars 2 is no exception, but the introduction of microtransactions has led to a new mode called Blitz. Whatever the reason it was created, whether it was for an accessible multiplayer mode for console players or as a vehicle for microtransactions, it doesn’t matter – Blitz is brilliant.

Blitz is a combination of cards and RTS, which sounds as appealing as combining lemons and razorblades, but it just works. You pick a leader and then start with a handful of units on a small map with A, B, and C control towers to be conquered. You also have four cards from your deck drawn at the bottom of the screen and a power counter, which slowly increases over time and also increases when you collect power units dotted around the map.

Those cards are where the fun lies. You can spend power to call upon any of the units or powers drawn in your hand of four below, as long as you can afford it. That means you rumble into the opposing player and then start beaming Scorpions, Wraiths, Spartans, missile runs, Restoration Drones, whatever you can onto the battlefield. Each card you play in your hand is replaced with another drawn from your deck, and whoever scores the 200 points on the control towers first wins. It’s chaotic but it’s instant, a direct blast of pure fun that exists in stark contrast to the traditional slow and tense build-up of RTS games. Even compared to Halo War 2’s multiplayer, which doesn’t hang around before letting you crack on with starting a big bloody fight in the middle of the map, Blitz mode is lightning fast. There’s no tentative exploring the map or feeling out your opponent. You crack your knuckles and rumble straight into a messy brawl.

From tweaking your deck before rolling out onto the battlefield to the actual gameplay itself, it’s clear that Blitz will soak up the majority of players’ time in Halo Wars 2. In fact, Blitz might be the star of a hefty RTS package. Halo Wars 2 has lore from the series it’s based on to please fans, Creative Assembly’s subtle RTS know-how to please genre veterans, and multiplayer modes oozing from every pore to please just about everyone.

The RTS genre might not ever be one you’ll excel at after 10,000 hours of trying but good lord, Halo Wars 2 will at least make sure you have fun trying.