Tales of Berseria has learned from the mistakes of Zestiria 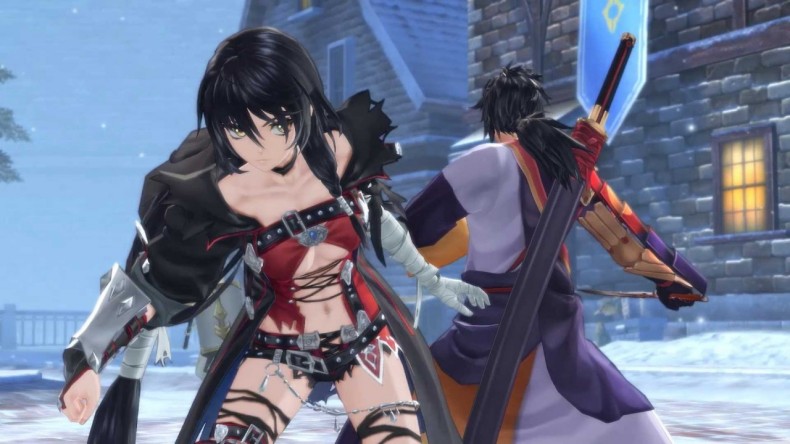 I’ve been keeping up with game releases for early 2017 for the last few months. This month sees a lot of Japanese games release across PlayStation 4 mainly, with a few games on other platforms as well. I’ve seen people say Q1 2017 shows a glint of the PS2 era for Japanese games in the West and I sort of agree. Tales of Berseria releases near the end of the month and after playing around 10 hours, it has not only got me re-interested in the Tales franchise after the lacklustre Zestiria, but has also washed away the bad taste left by Final Fantasy XV.

While not a sequel to Zestiria, Berseria takes place in the same world but well before the events of the previous game. Daemonblight is spreading and it causes people to transform into monsters (that look pretty poorly designed) known unsurprisingly as Daemons. There’s an overbearing political narrative in place, but this is eclipsed by my love of the character development for Velvet, the protagonist. She is definitely one of my favourite leads in a long time and her superb English voice actress helps. Berseria excels in character interaction and growth, making you care and get attached only to see some people die. Yes, there is death but none of it is done for shock value or feels forced. Every incident makes it more and more evident why Velvet is angry. The opening in fact is really dark compared to previous entries.

It is always great when new entries in established franchises are newcomer-friendly. Berseria is accessible to even people who have never played action RPGs with its simplistic difficulty options. You can tweak combat difficulty as you please and the balance is great even at higher levels. Improvements have been made to the battle system and equipment system from Zestiria. You can mix and match various abilities, creating combos of your choice. There’s even the ability to Break Soul–unleashing a powerful series of attacks that can be done mid combo. So far, I’m enjoying the combat a lot.

Dungeons on the other hand feel pretty boring so far. While there have been improvements to the visuals with some being really colourful and others standing out from the crowd, it still feels like corridor after corridor of the same thing. I hope dungeons get more interesting later on in-game. Back to the visual side of things, I love the character models and the long-talk character portraits that show up, with unimportant banter here and there during exploration. Velvet looks edgy as a protagonist, but there are a variety of costumes available in-game if you want to mix her look up a bit. However, there are a lot of flat textures and even turning all the graphic options to max can’t hide the PS3 visuals for many things. Hopefully the next game targets just PS4 so we can see better visuals across the board.

Berseria features English and Japanese voice acting options and both are fantastic. I usually spend the first hour playing with each option to see which to stick with and Cristina Vee’s Velvet has me not just sticking to the English voice acting, but asking you to do the same. I will go so far as to say that the voice acting so far excels further than almost everything I’ve played over the last year. Music on the other hand could be better–it’s good but the lack of Go Shiina is evident.

Tales of Berseria so far fixes almost everything wrong with Zestiria and feels so much more impressive. Over the last few weeks, my opinion changed from not bothering with the series anymore to getting a preorder in for the Collector’s Edition. I’m so glad Bandai Namco put in this much effort into almost every aspect and created something that is truly special. I also can’t wait to see what happens next as I get back to playing it. If Zestiria turned you off like it did to me, Berseria should hopefully bring you back to Team Tales.

Tales of Berseria is published by Bandai Namco and will be released on PlayStation 4 and PC on January 27.