previous
Forza Horizon 3 has sold through 2.5 million copies
random
next
Legend of Zelda: Breath of the Wild will see the series' first ever DLC
0 comments 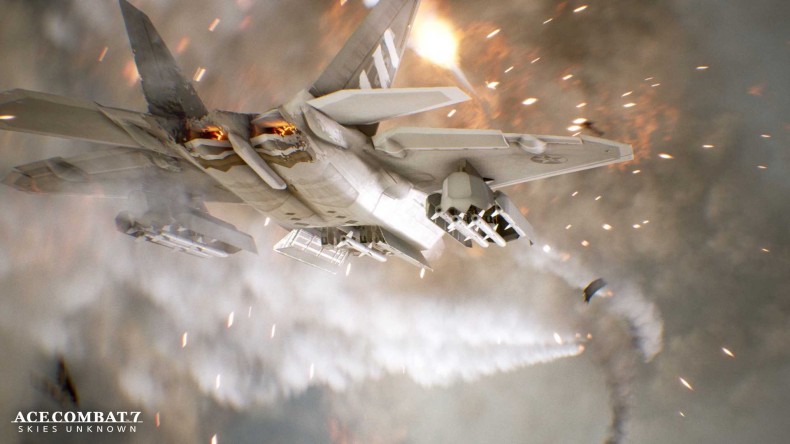 If you’re looking for a 50,000-word in-depth expose on Ace Combat 7: Skies Unknown, on how many missiles each plane has and why it’s realistic or the how the dogfighting is a metaphor for an increasingly cruel and barbaric society, this isn’t it. Sorry. To be fair – not our fault! Namco Bandai gave us a brief blast of Ace Combat: Skies Unknown but it really was brief, a tech demo where it longer to set up the PSVR headset than it did to complete the quickfire mission. If you really want to read 50,000 words on Ace Combat, you could copy and past this text 500 times, I suppose.

Still, it only took the briefest of looks to understand how good a match this will be. Flight sims are made for VR, in the same way that racing games make you feel like you’re behind the wheel or horror games increase your chance of a heart attack by 400%. You’re there, sitting in a cockpit, admiring the fancy lights and buttons on the dashboard before taking to the skies and then looking at the planes dotting the blue skies around you. Maybe the key is that the only thing you really need to move is your head, which translates to an experience where you sit down and… move your head. Someone else can do the science and research on this one. But there’s something more intrinsic to air combat games that make them such a good match for VR. Traditionally, dogfighting games go something like this: you take off, you wait for someone to shout plot/orders at you, you endlessly spin after a red square in the sky until the words LOCK ON appear, then you press fire. A few seconds pass and you’ll hear an explosion. Repeat until the mission ends and you win.

In VR, you’re not just guiding the reticle around the screen, endlessly spinning in the sky until it passes over an enemy plane. You can actually look around you and see where those enemy planes are, which makes dogfights far more engaging because you can actually see everything happening around you. It also makes near-collisions in the air more dramatic and any kills infinitely more satisfying. Blow a plane up and you can turn your head to see its broken craft entering a death spiral, a trail of debris following it back down to earth. Another difference is when missiles are fired at you in air combat games, you’ll see WARNING flash up and hear a blaring alarm. This is your cue to crank up the speed, pull back on the stick, and hope that your aerial gymnastics elude this unseen danger. Now, you can actually turn your head and see exactly where the danger is coming from. You’ll still default to the increase-speed-pull-back-stick combo but there’s a new sense of urgency when you can actually see the missile fizzing towards you.

In the same way Resident Evil 7 showed PlayStation 4 owners how VR can enhance horror games without needing any tacky gimmicks to make the combination work, Ace Combat: Skies Unknown looks like it’ll be another successful pairing of big-name game and VR technology. There are a lot of questions to go on the actual game itself – what will the gameplay be like? Will the game be silly or serious? How many missiles does each plane have? But as far as the VR tech goes, at least PSVR owners have another game to look forward to.