previous
Going Live with Your Gaming
random
next
Mass Effect: Andromeda is a refreshing return to BioWare's space opera
0 comments

TESO: Morrowind promises a nostalgic, yet refreshing trip back to a familiar island 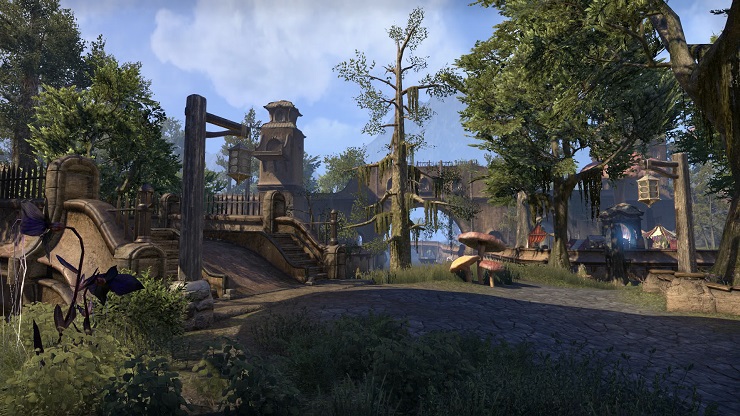 Cast your mind back to June 2002. The World Cup was being hosted in Korea and Japan, Ant and Dec had just released that god awful single “We’re on the Ball”, (when we most certainly were not, thanks to our boy David Seaman) and The Elder Scrolls III: Morrowind had just been released. Fifteen years later, to the day, fans will be returning to the island of Vvardenfell once again in the next chapter of the Elder Scrolls Online.

ESO: Morrowind is promising a lot of new content for players, including a new zone, a small-scale PvP mode, a new Trial and the first new class since ESO launched; not to mention at least thirty hours of quests to work through. Fans will be happy to hear that the island of Vvardenfell has been lifted from ESIII: Morrowind, so it has the same geographical footprint as the original, bar the removal of a few hollow tree stumps and a slightly different landscape. Morrowind is actually set seven hundred years before ESIII, so its understandable why the environment looks a bit different. It’s still the volcanic ashlands that fans know and love, however, players will also traverse far more lush coastal areas and will even get to see the Baar Dau before it became the Ministry of Truth. As you’ve probably already realised, this chapter is intended to be a nostalgic trip for long-serving fans, drawing on the established lore of the region and focusing on mortal god, Vivec. However, Zenimax Online Studios has stated that “this is the best time” for new players to jump into ESO too, as the new chapter can also be purchased with the base game. This means that new players can jump straight into Morrowind, but can switch to the base game whenever they want. Zenimax has explicitly said that this is a chapter, rather than an expansion, meaning that it should appeal to everyone, rather than just serve as an ‘endgame’ for existing players. This is further emphasised by their decision to include a tutorial, which obviously sets the scene for new players but also throws in a few sweet references for fans. Naryu Virian will return as a tutorial guide, before continuing her role later on in Morrowind’s story. The opening of this chapter also makes a call back to Elder Scrolls III’s opening, where players will interact with an ancestor of a character that they met at the beginning of the original Morrowind. There appear to be a number of other references too, but we’ll have to wait until the chapter releases to find those.

Battlegrounds should prove to be a great melting pot for established fans as well as new players. This is the first small scale PvP mode that we’ve seen in ESO, which will run alongside the existing PvP mode, Cyrodil. Players will be able to join Battleground matches by solo-queuing or in pre made groups for quick, fifteen-minute 4v4v4 games. Similarly to Cyrodil, these matches will reward players with Alliance points and these will be awarded at the end of each match. These short matches should be perfect for players that just want to jump in for a quick match, and will also be a great opportunity to train your character and make them stronger. In addition, Morrowind will launch with a new twelve-man Trail, entitled ‘Halls of Fabrication’. Set in Soltha Sil’s Clockwork City, this Trial will have players fighting the Dwemer Colossus, rewarding them with a selection of new loot and achievements, although sadly these haven’t been finalised yet. The trial will include two levels of difficulty: ‘Normal’, and ‘Veteran’ for players that want a more challenging experience. As if that isn’t enough, the new chapter will launch with three new game modes accompanied by three new maps. Zenimax has also confirmed that we can expect more of these in the future. For now, players can choose between Capture the Flag, Domination and Team Deathmatch. So whether you’re looking for a quick, casual match or a longer session chasing Morrowind’s story, there’s a lot on offer. The most anticipated and long-awaited addition in Morrowind, is ESO’s new class: the Warden. Donning the Druid/Ranger model, this class will have three skill lines spanning nature, ice and animal companions. Moves such as Polar Wind can heal the players or damage enemies, whereas Healing Speed is an AoE move that heals the player. Wardens will also be able to send out Cliff Racers to deal direct damage to opponents and can use their bear ally pretty much anywhere – including Cyrodil where it will function as the player’s ‘ultimate’. According to the team at Zenimax, the Warden will operate as more of a support class, greatly differing from the others that currently exist in ESO. Naturally, this may raise some questions regarding balancing, however, Zenimax has assured us that despite the introduction of three new skill lines, this “isn’t a giant leap in terms of balancing”.

Generally, this all sounds pretty good, but again, I can understand why some players may be slightly concerned about the new chapter, particularly ESO Plus subscribers. If you’re not already aware, to obtain Morrowind, players will have to purchase it in addition to their monthly subscription. Regular players are likely already familiar with the new free update, Homestead, which introduced thirty-nine unique homes, a new housing editor and a tonne of home furnishings and decorations. However, this is free for everyone, not just ESO Plus members. Zenimax have stated that they are going to “continue making ESO Plus better” and are “planning for two DLCs after Morrowind”. Of course, the service provides players with monthly perks such as 1500 Crowns, a 10% boost in XP, good gain and more which is good value for money compared to purchasing just Crowns alone separately. Nonetheless, ESO Plus members will effectively have waited an entire year for exclusive content, as the dungeon-based DLC and content-based DLC will not surface until Q3 and Q4 of 2017. Overall, ESO: Morrowind appears to have a lot of content for players to sink their teeth into. Fifteen years is a long time and I think many fans will appreciate being able to wander around a familiar area, while enjoying the advantages of 2017 hardware, including the current generation consoles. The only thing that I’m not entirely convinced about is how easy it will be for new players to jump in at this point in time. Sure, we all have to start somewhere but the Morrowind chapter is primarily intended to appeal to people that played ESIII, and for that reason so many references will be lost on players. Luckily, the chapter is set seven hundred years before ESIII, so technically playing the new chapter and then moving onto that title makes sense chronologically, although those fifteen-year-old graphics may not be so easy on the eyes. On the other hand, starting your ESO journey as a new class may be a smart move as everyone will be experimenting with the new class at the same time, so new players won’t be at a disadvantage there. Battlegrounds also appear to be the best (and probably least-frustrating way) to get to grips with the game’s combat systems as each match is so short and aggressive. It’s clear that Zenimax has tried to factor new players into this chapter, while still heavily appealing to their existing player base. The new modes, class and tutorial appeal to both sides in their own ways, but I think new players will have to invest a significant number of hours into exploring the area before they get a handle on the story and lore. Whether you’re a hard-core fan or someone that fancies dipping their toes into ESO, Morrowind is definitely worth checking out.

Greymoor expansion for ESO gets a new official launch date

The Elder Scrolls: Legends is coming to PS4, Xbox One, and Nintendo Switch later this year