previous
Apple celebrates indie games in a new permanent feature on the App Store
random
next
Seven tips to help you become a great Pathfinder in Mass Effect: Andromeda
0 comments 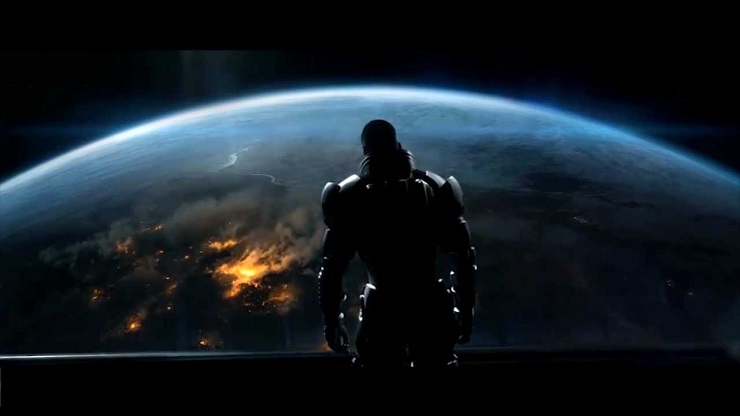 Before the suicide mission, I had no idea what was going to happen. Mass Effect 2 had been excellent so far, and the game was nearing it’s conclusion, but not before one last hurrah. I had no idea if anyone was going to die, who’d survive, or whether I’d be successful. There was a certain amount of trepidation, I’ll admit, but at the same time I was quite confident and pretty sure I’d not see as much death as I did that day. I may have beaten the Collectors, but I failed that mission – I failed my friends.

The thing is, the only death that hit me above all others, and the only loss I struggled with for some time, was Garrus. Yeah, he’s a videogame character, but he was my friend. We all watch TV shows and death will often take away someone we were incredibly fond of, whether it was Charlie from Lost or Nana from The Royale Family – it always stings, however, this felt much worse. It felt worse because it was my fault. It was my fault that Legion, Jack, Thane, Tali and Samara all died, too. I fucked up beyond all recognition, and at the time I had no idea why.

Now I know it was because I hadn’t bolstered the defences of the Normandy; I overlooked this aspect throughout the entirety of the game, opting to recruit them as quick as I could. Not only that, but you’re never really told you must, so how was I to know? It sounds like I’m making excuses – I’m not. It’s still sore, that’s all. I just wish I’d have known at the time, before heading off to the Collector Base. I think about all of those that died and it makes me sad. I do care about what happened to them, but like I said, Garrus was different. Garrus and I had been kicking it since day one; we took on Saren together and lived to tell the tale. There are certain characters in videogames you just expect to survive because that’s how it is – not this one. Bioware made sure you felt the repercussions of your actions, and every time you thought about upgrading your ship or being a little nicer to one of your teammates and didn’t – after all the carnage and death, you’ll think about those moments and regret every one.

There comes a point where you’re trying to get two blast doors closed straight after Samara holds a force field over you and your team to protect you from the Collectors (this can happen differently for everyone, though). I thought we’d escaped them for now, but at the very last second, with the smallest of gaps between the almost closed doors, a round from one of their blasters struck Garrus straight in the chest. He fell to the floor, dead on impact. It all happened so fast. I couldn’t quite believe what had happened, and when it finally hit me he’d been killed, I was being pulled along to the next objective without a second to grieve or to say goodbye.

I was pretty late to the Mass Effect trilogy, so when I got my hands on the games for the first time, I played them one after the other. Playing through Mass Effect 3 without Garrus was difficult. Hell, playing without most of my crew was a chore. I felt like a broken man, lost in my head – trying to make sense of a world without anyone to enjoy it with. I had no time to get over the tragic loss of my best friend, but I had to move on. I had to try. The ones who survived: Mordin (until he sacrificed himself), Jacob and Miranda, all ended up helping me to overcome the Reapers in Mass Effect 3, but I still felt like I was missing something. That’s probably why the much ostracized ending of ME3 didn’t have that much of an effect on me. I don’t know. I’m still not sure how I feel about it, but the death of Garrus in ME2 still loomed over me long after finishing the trilogy.

I’ve never gone back – I’ve tried, but I can never bring myself to put the time into it again. I guess I’m worried that I wouldn’t be able to save them again – that Garrus would die, and all of those hours I invested once more would be for nothing. Don’t get me wrong, Mass Effect is my single most favourite series in existence, but it’ll always leave a sour taste in my mouth because of the events on that Collector base.

Mass Effect: Andromeda is out very soon, and it’s my chance to explore a universe I share a great affinity with. It’s been a little over four years since I finished the trilogy, but I’m so ready to go back beyond the stars. I want to go back out there into the deepest recesses of space to rectify the wrongs I made once before. All those friends I’m soon to make will know that I’m ready to help them, ready to fight for them, and ready to die for them. I don’t want any more deaths on my conscience.

Video games are cool. Don't let anybody tell you any different.
MORE LIKE THIS
BiowareMass Effect 2