previous
The real life abandoned asylum of The Town of Light
random
next
Call of Duty: Infinite Warfare Continuum DLC is now available on PS4
0 comments 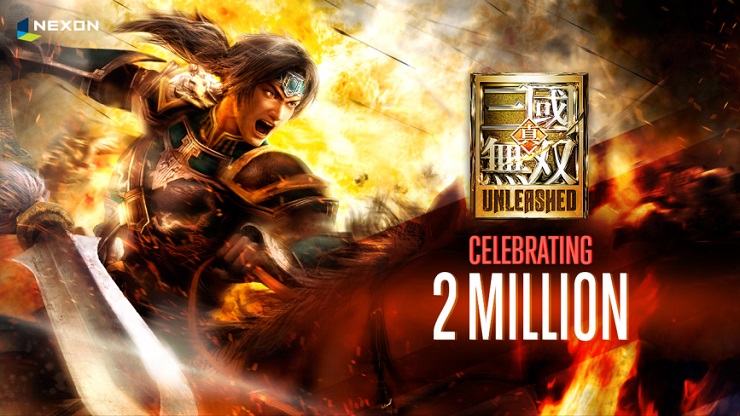 Dynasty Warriors: Unleashed was recently released on mobile devices, and the good folks at Nexon have given us 10 exclusive Android codes to give away. Each code will give you 300 x Ingots (in-game currency) and 3 x Edict (in-game extra items). It’s pretty simple to enter, and could give you a much needed boost on your way to unite the Three Kingdoms.

According to the press release, “players will unleash the power of fan-favorite Dynasty Warriors characters on the battlefield, including Lu Bu, Guan Yu, Xiahou Dun and Zhao Yun. Each warrior wields ancient armor and the larger-than-life weapons of their ancestors, with combat driven by unstoppable whirling blades, two-handed swords, polearms, daggers, spears, axes, glaives, scythes and more”.

Also, “players will mow through the battlefield and smite entire armies with one fell swoop, executing combos, chaining together attacks and charging up to unleash devastating, screen-clearing attacks like the infamous Musou Rage. In order to fulfill their destiny and rise victorious against these unyielding hordes of enemies, players must unite the three kingdoms by promoting generals, building armies and unlocking additional characters. The detailed, stylized graphics keep the central focus on the action, running smoothly even as dozens of enemy units fill the screen”.

With a whole host of competitive modes and epic mobile action, it’s certainly worth entering this competition. Details are below on how to enter, or you need to do is read on: