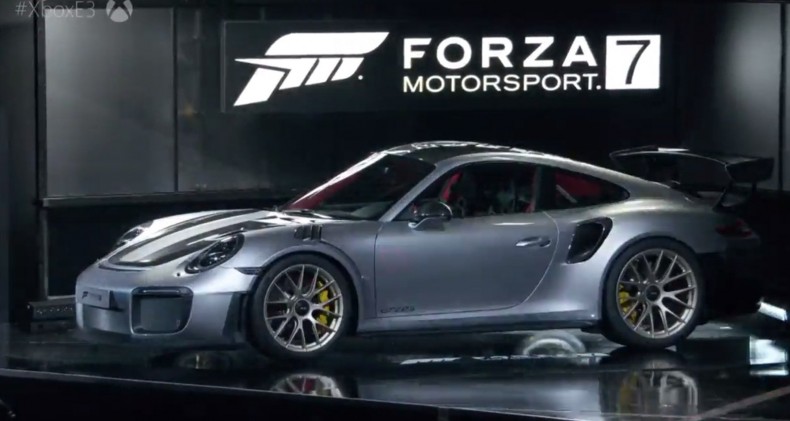 Forza Motorsport 7 has been unveiled by Microsoft at E3 along with its first gameplay footage and six year deal with Porsche.

The Porche GT2RS was brought out on stage during the presentation, to reveal the partnership before the car was shown pushed its limits in Forza Motorsport 7. It was then revealed that the game runs at native 4k at 60fps with HDR on Xbox One X.

Races in Forza 7 aim to be more epic and dynamic than previous entries to the series, taking place in living locations such as cities, and on some of the world’s most treacherous roads.

Forza Motorsport 7 will launch as a play anywhere title for Xbox One X and Windows.