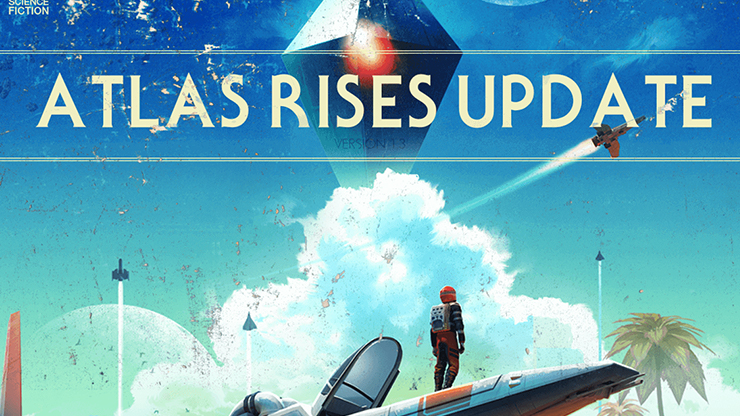 Patch 1.30 dubbed Atlas Rises has a ton of new stuff and features. The highlights are 30 hours of story with deeper lore, portals with quick travel, a step towards proper multiplayer with joint exploration, new ships, new UI, new music from 65degreesofstatic, and more. The patch is 7.232 GB on PS4 and is available now. The PC patch should be arriving very soon. Watch a video showcasing the new stuff:

The full patch notes for 1.30 are as follows:

More tech available in tech shops
Balanced tech shop standing requirements
Standing lights have a proper name when you interact with them
Increased robustness of systems for locating buildings
Increased number and types of objects which can be scanned
Increased information available about scanned foliage and creatures
Improved planet resource lists
Craftable products now sorted by most recent use
Improved differentiation of weapons
Fixed pinning product recipes and technology guides
Continued story unlocked through abandoned buildings
Added interactions and dialogue options for many structures and characters
Overhauled secondary character interactions
Joint exploration has been introduced allowing 16 players to see visual representations of each other in game. Joint exploration does not require PS Plus, and is not currently available on GOG Galaxy.

No Man’s Sky is available on PlayStation 4 and PC.