previous
Nintendo will have live presentations for Super Mario Odyssey and more at Gamescom
random
next
Metroid: Samus Returns is set to be a return to form
0 comments

Ni No Kuni II: Revenant Kingdom gets various editions, up for preorder now 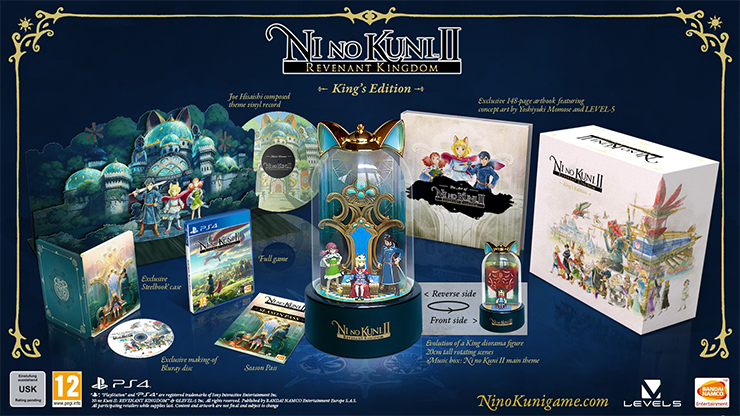 PRINCE’S EDITION: Full Game, The Kingmakers: An exclusive making-of Ni no Kuni II on Bluray disc that will reveal the hidden secrets of the game’s design and development, a SteelBook™ case and the Season Pass – £84.99 KING’S EDITION: The full Game as a download code and all the content listed in the PS4 King’s Edition: the vinyl, the making-of Bluray, the diorama music box, the artbook, SteelBook™ and Season Pass – £129.99 Preordering any edition nets you a special sword set. Ni No Kuni: Revenant Kingdom releases on PS4 and PC on January 19, 2018.