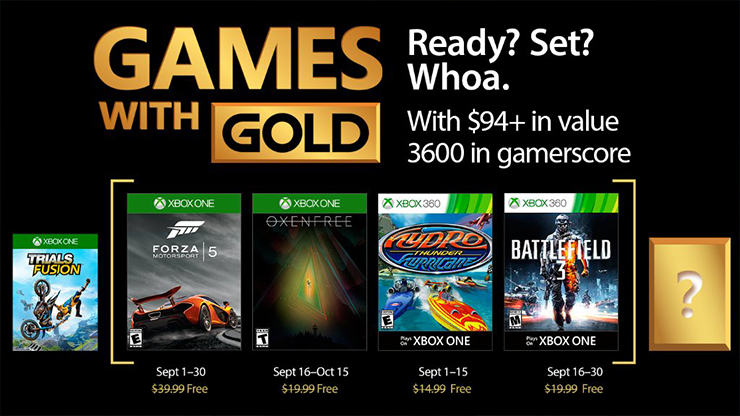 September’s Games with Gold have been announced.

If you are a Gold Member (haha) on Xbox 360 or Xbox One, September’s free games have been announced. As with most months, Xbox has some really great stuff rewarding subscribers. September will see Oxenfree, Battlefield 3, Forza 5, and Hydro Thunder Hurricane go free. Check out the video for the month below: