FIFA and EA Sports team up for the FIFA Global Series 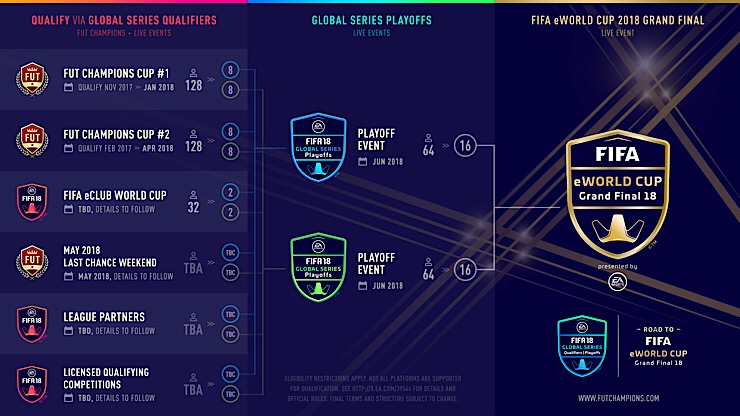 The football governing body FIFA has teamed up with FIFA Soccer publisher EA Sports to bring the FIFA 18 Global Series.

The Global Series will include the road to the FIFA eWorld Cup along with the tournament itself, and will see someone crowned FIFA 18 World Champion.

Competitors can qualify for the Global Series through their performance in the FIFA Ultimate Team Champions Weekend League, and at live qualifying events between November 2017 and July 2018. Through this the top 128 competitors (64 players between PS4 and Xbox One) will continue to the Global Series playoffs, and from there to the FIFA eWorld Cup Grand Final.

The full Global Series itinery is as follows:

If you’re entering yourself into this, good luck, and Godspeed.

A lover, not a fighter and an all round good guy (he would say that, he wrote this after all), he's happy to be here as part of GIAG.
MORE LIKE THIS
EAea sportsFIFAfifa 18