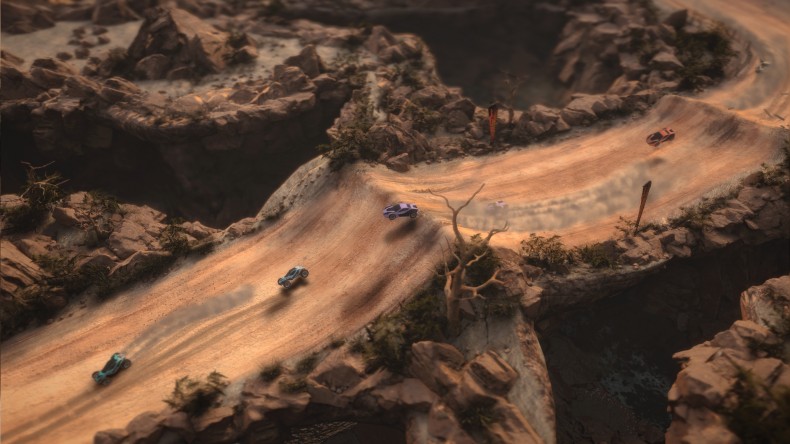 The first is that it will run at 60fps docked and handheld. This is super news for people (like myself) who play mostly handheld. Mark Williams, Tech Director at VooFoo commented on this:

“We’ve been spending a lot of time getting to grips with the capabilities of the Switch – we’ve learnt a lot by digging deeper into the hardware. The Switch’s performance analysis tools have allowed us to understand where frame rate improvements could be made and we’re really pleased to have the game running at a consistently smooth 60fps – we were determined to make the Switch version the best it can be.”

It will be 30fps with 3 and 4 player split screen local play.

The other big news is cross play. This will be cross platform play between Nintendo Switch, Xbox One, and Steam. Sony stays losing in this as another indie adds cross network play.

Mantis Burn Racing is available on PlayStation 4, Xbox One, and Steam. It is coming soon to Nintendo Switch.