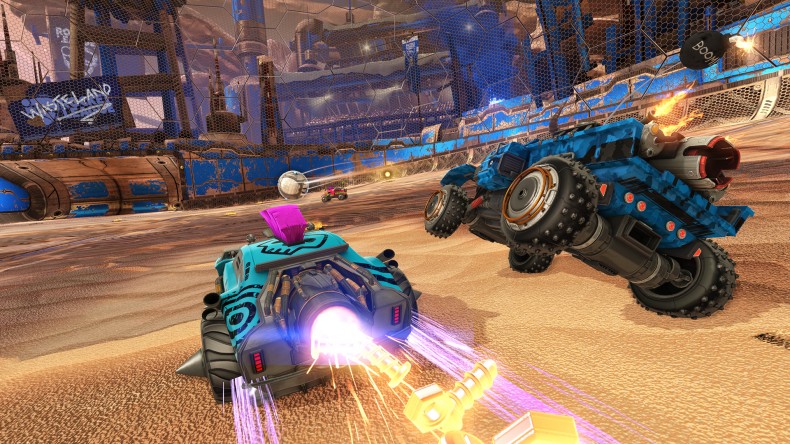 Warner Bros. Interactive Entertainment and Psyonix have today announced a worldwide retail distribution agreement to bring the smash hit Rocket League to retail stores. The game is already available digitally on the PlayStation 4, Xbox One and PC with the updated retail version available for purchase in stores for Playstation 4 and Xbox One.

“Rocket League has such wide appeal across all audiences, it’s no wonder the game is such a huge success,” said Kevin Kebodeaux, Senior Vice President, Sales, Americas, Warner Bros Interactive Entertainment.  “We’re very excited to be working with Psyonix to bring the game to retailers across the globe.”

“Warner Bros. has already proven to be a great partner,” said Jeremy Dunham, Vice President, Publishing at Psyonix. “We first collaborated on Batman v Superman DLC for Rocket League in early 2016 and we have continued to be impressed with the team’s knowledge, professionalism, reach and enthusiasm for video games. They are the ideal partner to help us push Rocket League to another level at retail.”

More details on the retail version will be made available soon.

Likes to shoot stuff and wear pretty shoes. Is a BEAST at Titanfall.
MORE LIKE THIS
PsyonixRocket LeagueWarner Bros. Interactive Entertainment