Xbox Games with Gold for November have been announced 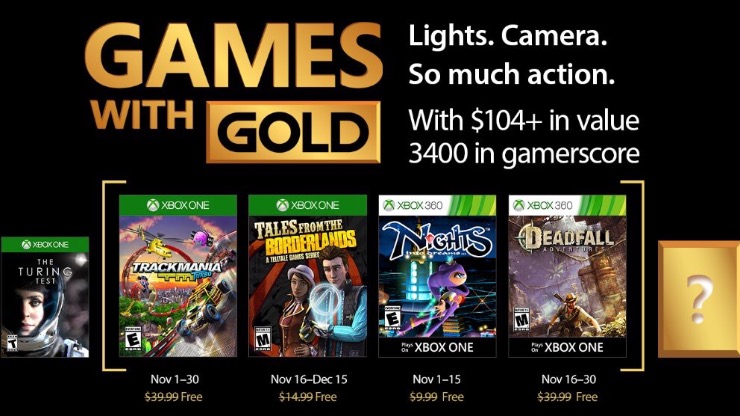 Microsoft just announced the Xbox Games with Gold for November.

These games are available for free for paid subsrcibers and the Xbox 360 games are playable on Xbox One.

Part time writer part time JRPG and indie game enthusiast, Mikhail Madnani spends far too much time listening to video game music on Vinyl like a true hipster from India.
MORE LIKE THIS
Microsoftpaid subscriptionXboxXbox One