previous
Slain: Back from Hell is coming to Nintendo Switch next month
random
next
15 minutes of game: FORTNITE Battle Royale
0 comments

Rainbow Skies is coming to PS4,PS3, and PS Vita in 2018, Physical Edition announced 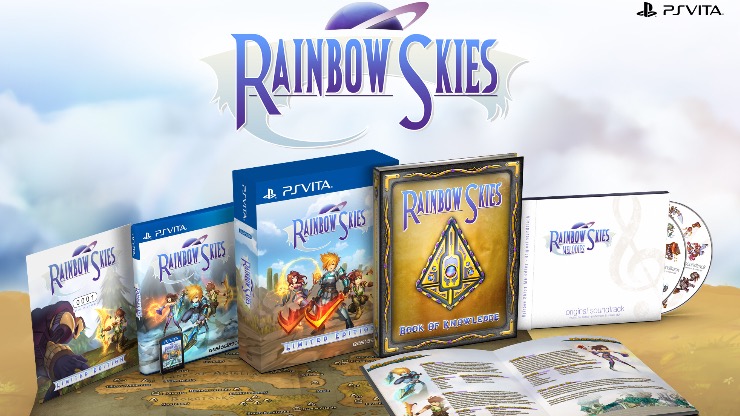 Rainbow Skis is coming to PS3, PS4, and PS Vita in 2018 from eastasiasoft.

Eastasiasoft just announced that Rainbow Skies will be released on PS4, PS3, and PS Vita in 2018. They are also doing a limited edition physical release on PS4 and Vita which will be exclusively sold on Play Asia as with their other Limited Editions. Watch a teaser for Rainbow Skies below:

They will also be doing a physical standard edition through Play Asia. Rainbow Skies will be localized into English, French, Spanish, German, and Italian.

Rainbow Skies will release in 2018 on PlayStation 4, PlayStation 3, and PlayStation Vita. You can preorder the physical editions here.