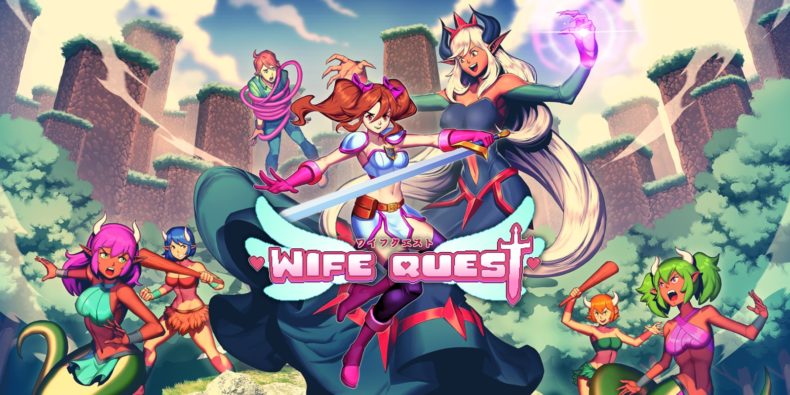 I always feel for developers creating side scrolling platform games. With a genre that’s been around since the dawn of gaming, it can’t be easy to create something new and exciting. Plenty have managed it in recent memory. Celeste told a beautiful story of battling with mental health, Cuphead had a striking 30s cartoon aesthetic, and Wife Quest has packed its levels full of monsters with massive breasts.

Mia has to deal with a lot in her day to day life. After marrying her beloved Fernando she thought she’d found her happily ever after, but it turns out every monster in the land wants her hunk as badly as she does. Now she spends her days chasing off ogres and harpies trying to cop a feel, or at least she did until the Sorceress Morganna kidnapped him for herself. And thus begins your Wife Quest. 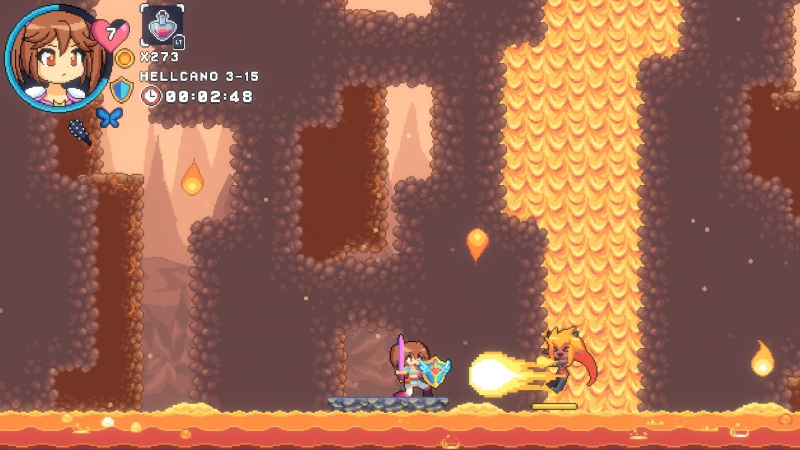 Each of the game’s six stages sees Mia adventuring through a different environment, battling buxom baddies and leaping past hazards. To begin with you’ll only be able to swing your sword and jump, which makes the gameplay as simple as you’re imagining. Controlling Mia feels good though, and keeping her alive against an onslaught of clubs and thrown stones is fairly tricky.

After each stage you’ll be given a new power which shakes up the formula a bit. The first of these is a magical shield that blocks all incoming damage at the expense of draining some of your magic meter. Before long you’ll be able to glide, dash and perform a powerful charge attack to break down walls. Each new stage makes sure to test your aptitude for these new abilities, and as your arsenal improves the gameplay definitely does too.

To get these powers though you’ll need to beat the bosses that are guarding Fernando and blocking your progress. Each of these big baddies will immediately berate Mia for having a “small chest” and talk about how much happier Fernando would be with them (usually with some extra lewd twist) which admittedly gets a little tiresome. The boss fights themselves are really enjoyable though, with huge movesets and plenty of pattern recognition needed to defeat them. I did find the shield a little overpowered, but the focus on blocking is at least quite novel for the genre. 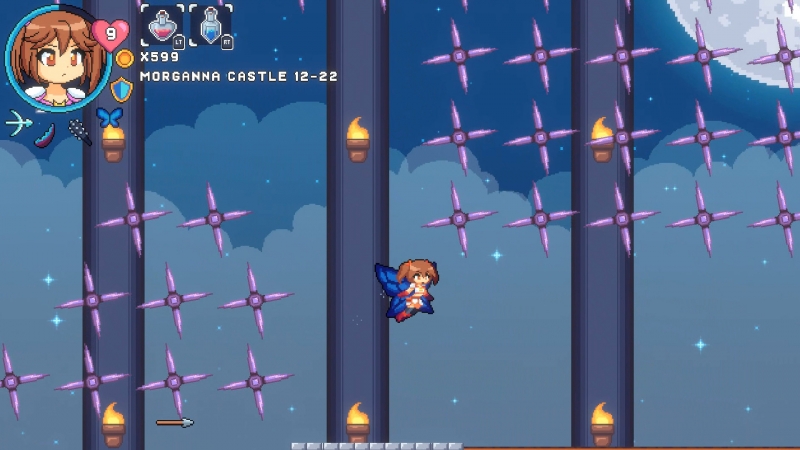 To make sure Mia is strong enough to save her bae, you’ll need to upgrade her as you go. Each stage is full of secret areas packed full of chests (which cause some unexpected frame drops when opened) and the gold inside will serve you well at the shop. The shop is run by a dwarf (who obviously is obsessed with Fernando) who’ll sell you loads of buffs that’ll keep Mia alive on her adventure. There are simple max HP and MP upgrades, more powerful swords, range buffs and even potions to use in a pinch. If these don’t appeal to you though, there are also some sexy photos to purchase. Because of course there are.

Every aspect of Wife Quest is unfortunately tainted by the smatterings of smut. Enemies you kill fall to the floor, with the option to punish them for being naughty. Doing so with initiate an animation where Mia will do something unpleasant to them (bounce on their bottom, pull their tail etc) accompanied by noises that I’d describe as sexually charged. Gallery images that you unlock are animated, but realistically only the breasts move (without a care in the world for physics). It’s tiresome, and ultimately just a bit grim. I imagine it will have a specific audience that appreciates it though, and that probably doesn’t include us asexual people.

It’s a shame because at its core Wife Quest is a fun side scroller. Each world has a few new ideas to play around with to keep it fresh, from moving platforms in the caves to snow drifts you need to hide from on the icy mountain. The game doesn’t do anything particularly revolutionary, but it’s good retro fun if that’s your thing. 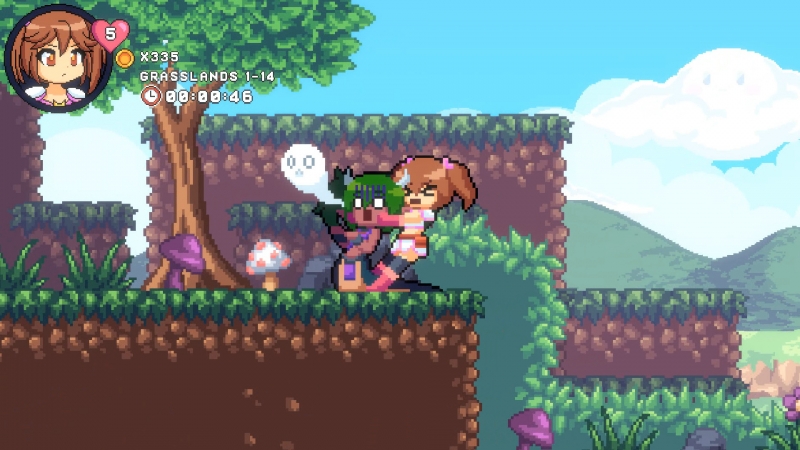 Beating the game unlocks a few bonus modes to mess about with. There’s a mode that unlocks all abilities from the start for anyone seeking more of a power trip, and a little retro mode that I assume is maybe an early build of the game. Both are rather good if you want more wife based content.

Wife Quest is an enjoyable 2d action platformer that unfortunately thinks that jiggling breasts are a substitute for innovative content. The boss fights are entertaining and the powers definitely improve the game as you progress, but it’s very hard to avoid the main focus of Wife Quest. This game has an audience though, and if the idea of a saucy platformer intrigues you then you could do much worse than adventuring with Mia.

Wife Quest is a fun action platformer with great power ups and intense boss fights, but its obsession with breasts is its undoing.