Enter the Gungeon is now available on Nintendo Switch 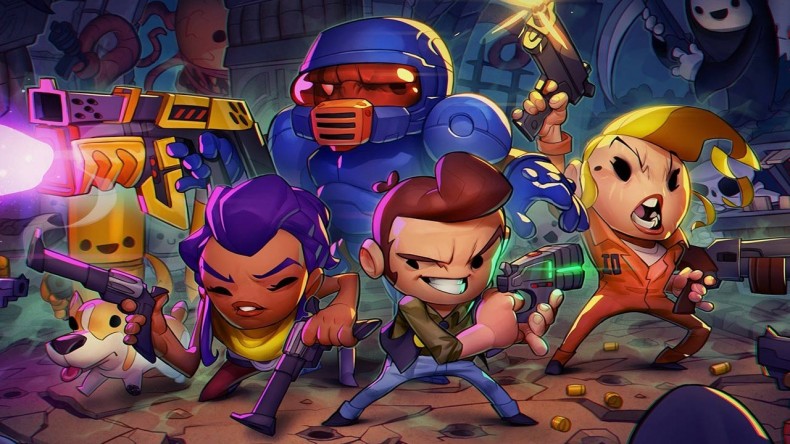 One of the things that drew me to the Vita initially was portable indie rogelikes. I probably put in more time into Spelunky and Risk of Rain on Vita than I did Overwatch on all platforms at this point. Enter the Gungeon was amazing on PS4 but playing the Switch release made me delete the original release. The Switch release of Enter the Gungeon supports local coop with single Joy-Con for each player. Fork Parker, CFO of Devolver Digital and International Man of Mystery, commented on the release:

“It’s like Zelda with guns or whatever. Maybe it’s more like ‘open carry Animal Crossing’ but just use whatever quote is going to get the fans hyped.”

Watch the launch trailer below:

Enter the Gungeon is now available on PlayStation 4, Nintendo Switch, Xbox One, and PC platforms. Hopefully the next step is a physical release.