previous
Vampyr has some interesting mechanics, but still has a bit of a way to go
random
next
Splatoon 2 Off the Hook concert released on YouTube, new Pearl and Marina amiibo announced
0 comments

Masters of Anima is a lovely little surprise of a game 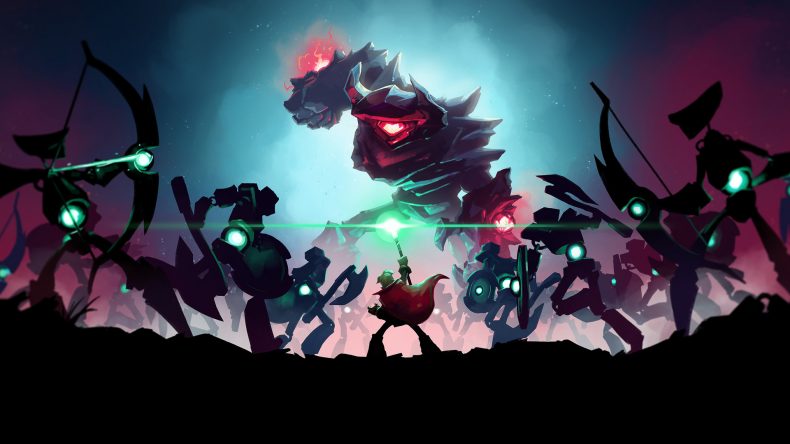 In the hour I spent hands on with Masters of Anima I found a lovely, little surprise of a game that originally meshes tactical and hack n slash combat into one.

You play as Otto, a student of the magical power of Anima who’s really not applying his considerable talent with sufficient effort. His beloved fiance, Ana, even has to urge him to rush for his exam to finally become a master so he can marry her. Just as Otto passes with flying colours the world of Spark begins to shake with evil descending upon the peaceful mountains. The dastardly Zahr kidnaps Ana and siphers her soul into three different pieces and flinging them to different corners of the world. Now it’s Otto’s job, as a newly qualified master of Anima, to go and save her.

So what is Anima? It’s magic found naturally in the world from the elements which allows Otto and others to shape and create Guardians. This is where the crux of Master’s of Anima’s gameplay comes in. While Otto has his own staff that he can swing at enemies, the Guardians are who’ll be doing most of the fighting. It’s just your job to control them.

If you’ve collected enough Anima you can summon a squad of four Guardians at a time, with a certain limit on how many in total depending on their quality. The first Guardian you unlock, the Sentinels, are just your standard shield and sword wielding soldiers and thus you can have over twenty out at once. Once you’re Guardians are summoned you have to order them about in order to fight Golems and solve puzzles. The fights is the fun of Masters of Anima as you have to manage the Guardians to keep them standing. You can order them to attack and can boost their damage with a ‘battle cry’ but you must also stay alert so you can drag them out of danger when the Golems attack back. It’s a very engaging and interesting combat system, as you have to constantly be aware of what’s going on around you and not only your own character, because if too many Guardians die you’ll soon find yourself as a sitting duck.

Another exciting element of the combat is that each Golem has a timer underneath their health bar, a ticking time bomb. So if you don’t slay the creatures before the time runs out they go proper mental, with their attacks shooting off in all directions, and become even harder to kill.

The combat does get a bit complicated as you advance. Having to take on multiple Golems at the same time means you need to divide your forces among the foes and doing so is a bit tricky. This is because to control a small group of the mass force you have to circle them within your staff’s cursor and then send them, meaning you have to be close to them which often puts you in harms way. I found that whenever I saw one group in trouble I instinctively pressed ‘B’, which cancels all orders on all Guardians and makes them all follow you, and then I’d have to send them back out again. This only gets trickier when different types of Guardians are introduced. The second class of Guardian I attained were Archers. You can only control one type of Guardian at a time and to change you press the bumpers. In the heat of battle this becomes a bit of a mess as I was constantly controlling the wrong group by mistake.

I do believe that coping with multiple types of Guardians and facing several enemies at the same time will get easier with practice, but for a first go it was quite hectic.

Regardless, I really like the look of Master’s of Anima as it’s trying something new and intriguing with its combat and is wrapped up nicely with a cute art style and well voice-acted characters. It does front load the start of the game with a lot of lore about the world, as if it’s trying to teach you all about it in the first five minutes, but that aside it’s looking like a very pleasant game indeed.