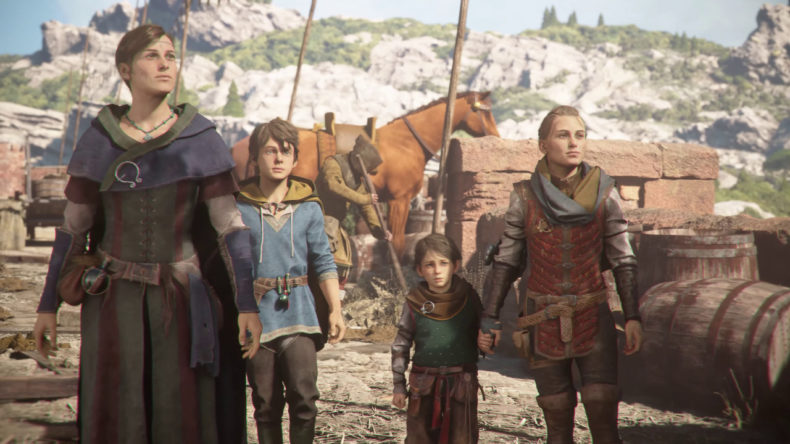 While A Plague Tale: Requiem isn’t the toughest game to get through, there are certain things you can do to make the going a little smoother. Some of it can be quite harrowing, and the last thing you want is the gameplay stressing you out when you’re already going through the emotional ringer. Luckily we’re on-hand with 6 A Plague Tale: Requiem beginner’s tips to help you through. 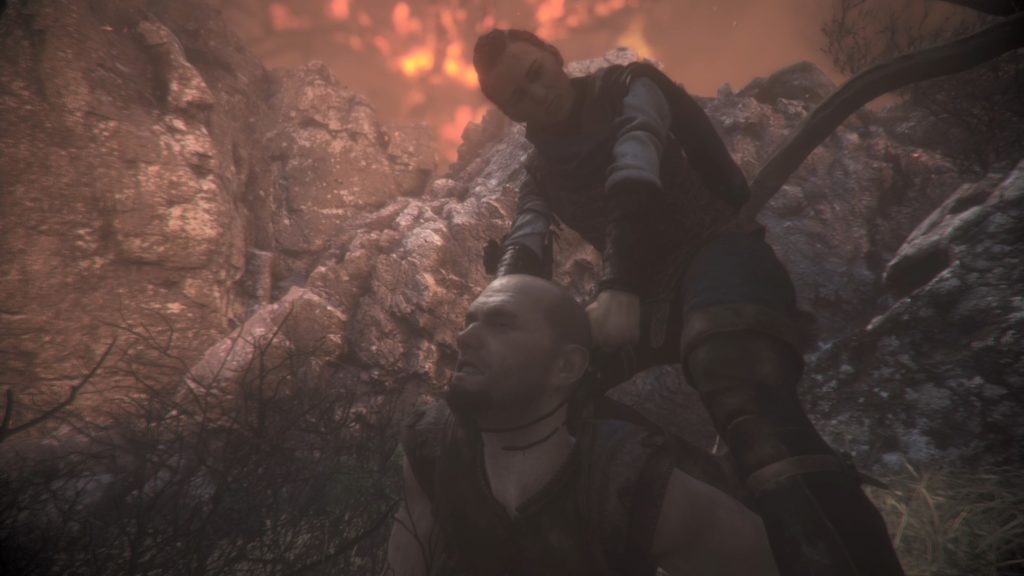 Given that Requiem is primarily a stealth title, it’s surprisingly free with resources. There’s a temptation to horde ammunition and materials for a rainy day, but you really don’t need to. Particularly during action set-pieces where running out of ammo would be a guaranteed fail, A Plague Tale: Requiem straight up gives you resources. Don’t feel you have to hold onto anything, as almost every stealth area is littered with boxes and pickups.

2. You don’t have to kill guards

That said, don’t feel like you have to kill the guards just because you can. It’s impossible to have a pacifist run in Requiem, but most stealth areas only extend as far as the door out of the area or triggering a cutscene, so often you can risk a final run to the boss exit and save yourself some time. 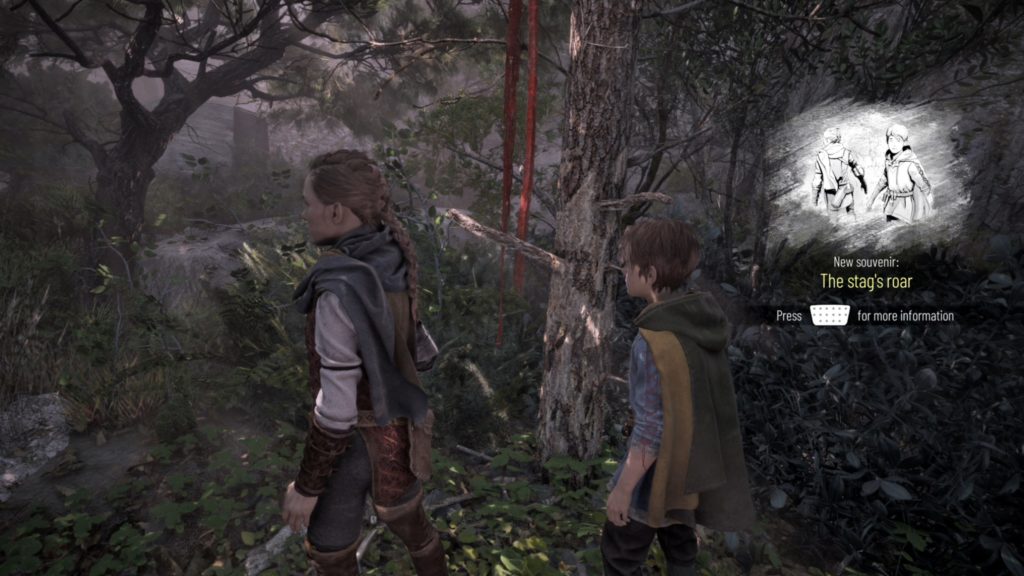 3. Explore in the quiet moments

Collectibles and secrets, including Souvenirs or Hugo’s feathers and flowers, will almost always be found in the quiet areas between set pieces and stealth sections. Use this relatively peaceful downtime to explore every side avenue, alleyway, conspicuous door, or hole in the wall. Some secret areas hide upgrade tools or benches, ammunition, or collectibles. You can often spot a souvenir by the crimson ribbon tied nearby.

While the temptation is there to hit the Stab button instantly to kill an attacking guard (it’s super satisfying after all), it’s better to keep hold of those knives. They’re used for opening upgrade benches which almost always hold a Tool, which is invaluable if you want to avoid using them up on the Upgrade skill path. While that path gives you the ability to upgrade without Tools, you’re better off using it your tools elsewhere. 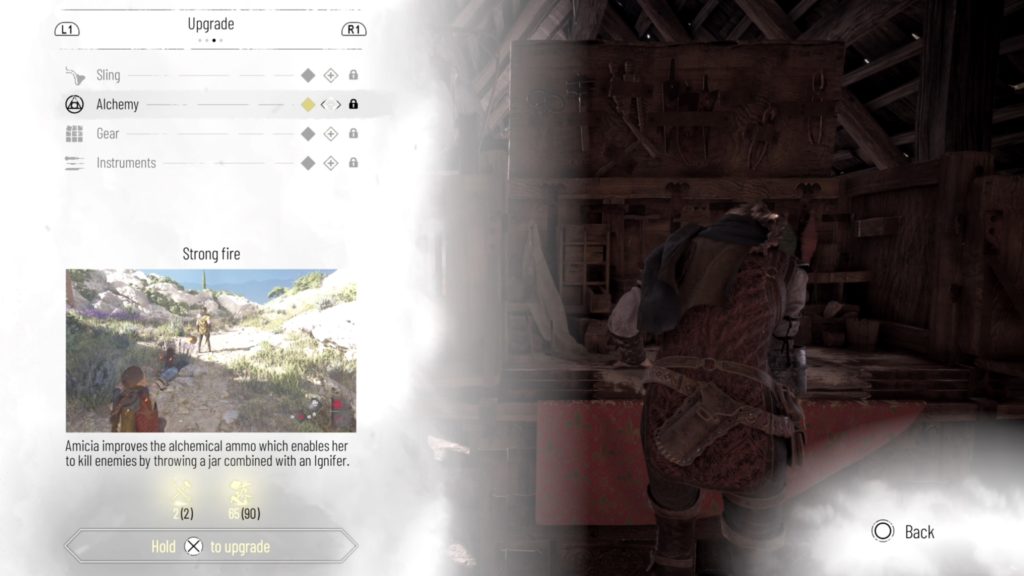 5. Get the crossbow and sling upgrades quickly

For instance, as there’s no penalty for killing guards beyond the moral implications (lol), you would be better served upgrading your Crossbow and Sling. The former in particular allows you to retrieve your bolts when you upgrade it fully, giving you essentially infinite ammunition. The sling is going to be used a lot in combat throughout the game, so upgrading it will make things much easier for you.

If you do find yourself struggling in an area, there’s often an alternate route through or around guard patrols. It may be a simple case of navigating left instead of right around a stealth area, but don’t be afraid to experiment with different routes and solutions. The puzzles and combat set-pieces may be rigid, but the rest is pretty malleable.

So there you go, 6 beginner’s tips to help you through A Plague Tale Requiem. You can check out the full review here, or see what we thought of the first game here.

Senior Content Editor Mick has been playing games for over 30 years and writing about them for around 12. After drifting from site to site for a while, settling briefly at the now-defunct Made2Game and freelancing for the gone-but-not-forgotten NintendoGamer Magazine, he came at last to rest at Godisageek. Mick has been a reviewer, staff writer and content editor here for some time, while also moonlighting a little for Red Bull Games. He has 4 kids, has written 2 novels, and sometimes even manages to pay a bill or two. You'll usually find him defending the galaxy in Destiny 2, battling evil in Diablo 3, or lurking in the background on Twitter. Find him there @Jedi_Beats_Tank, or on XBL (JediWaster247), PSN (Jedi_Waster) or Nintendo (JediWaster).
MORE LIKE THIS
A Plague Tale: Requiemasobo studioFocus Home InteractiveGuide