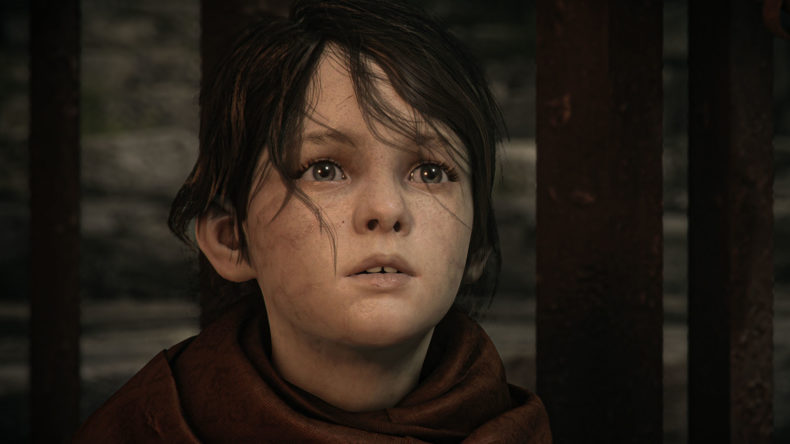 In A Plague Tale Requiem, you can find a number of Flower collectibles throughout your adventure. As well as being nice poignant moments between Hugo and Amicia when you locate one, finding all these collectibles nets you the Herbalist trophy/achievement.

Finding them all can be challenging, as they’re often off the beaten track. However do not worry, as God is a Geek has compiled a list of every Flower in A Plague Tale Requiem below. 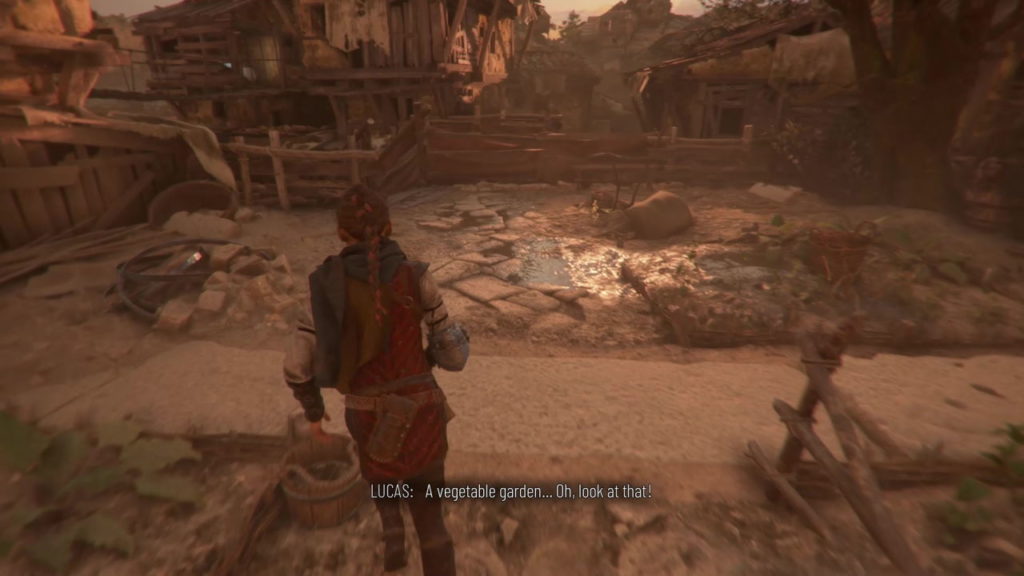 The first Flower in A Plague Tale Requiem is located in Chapter 2 after you escape the underground area of the Arena with Lucas. Follow the linear path through the streets until you get to the first open area. You’ll know you’re in the right area, when Lucas begins to comment about a nearby vegetable garden. 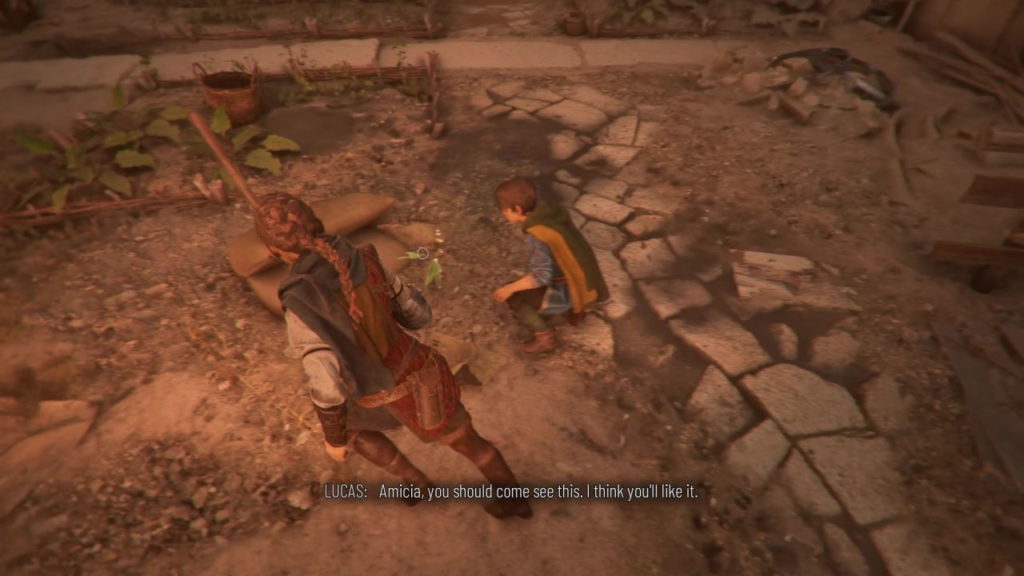 When you get near to the Flower, Lucas will kneel down before it and call out to you. Go over to him and interact with it to receive the Arrowhead Flower. 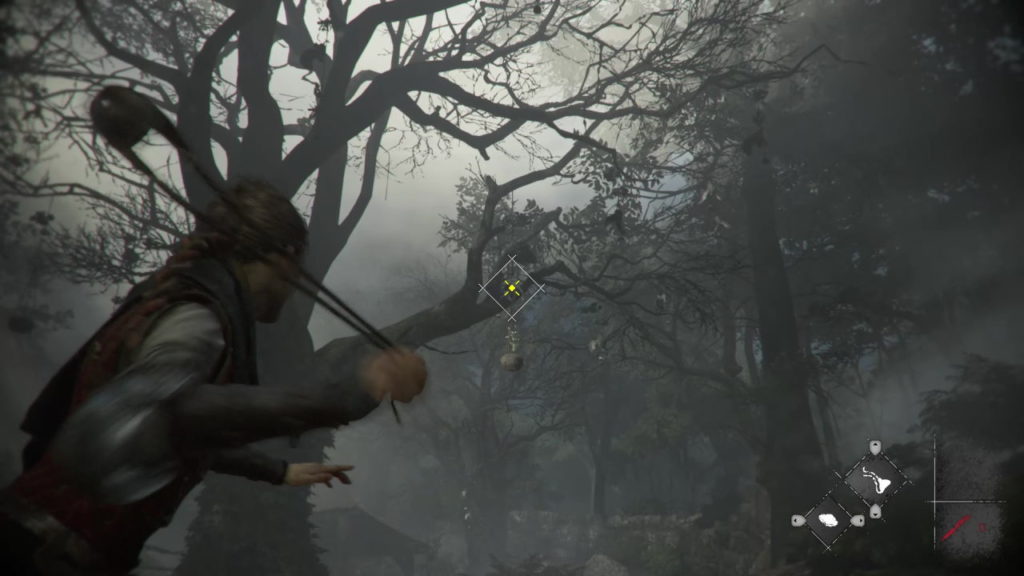 The next Flower is found in Chapter 3, and it is in the area outside of the Herbalist’s house. Before entering the house, you’ll want to go off exploring to the left, and you should see a big tree next to some water. Look up in the branches of the tree, and you can see something hanging in the tree that you can shoot with your sling. 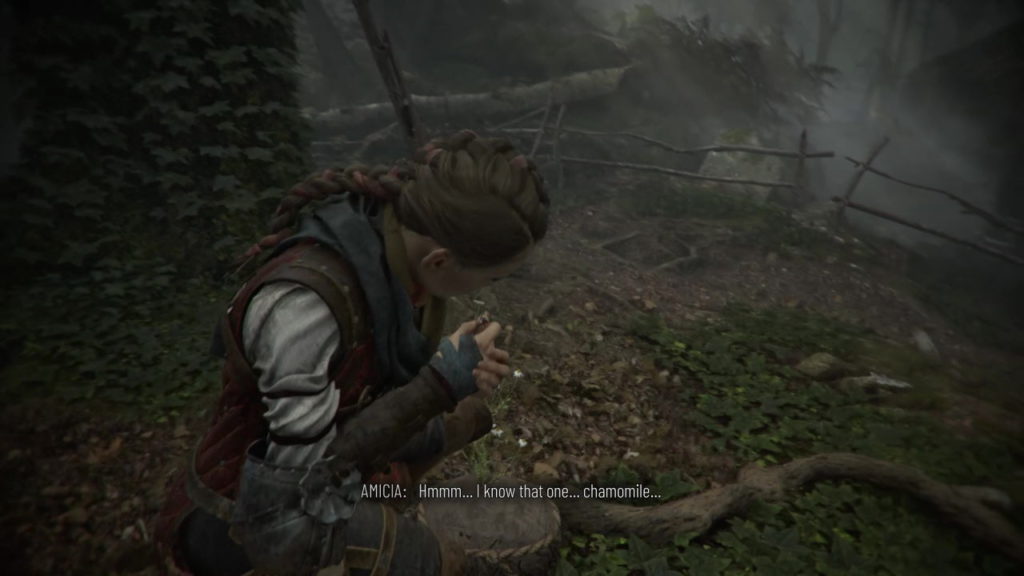 Hit it out of the branches, and then go and interact with it to nab the Chamomile Flower. 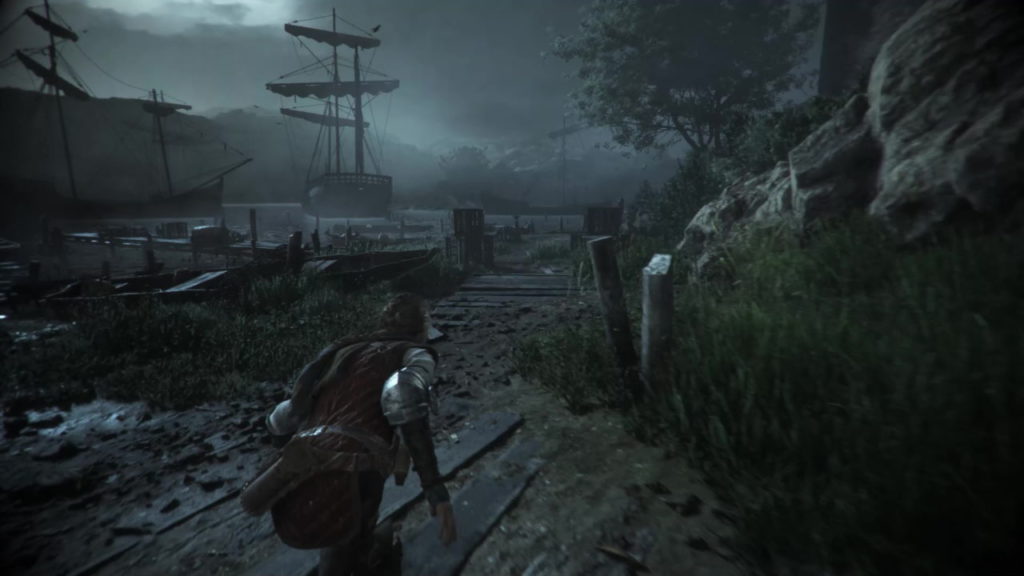 This next Flower can be found early on in Chapter 4. You can find it once you reach the water’s edge for the first time and spot Joseph’s boat in the distance. The progression of the story is away to the left, but instead, you’re going to want to approach the water, and then move right along the pathway. 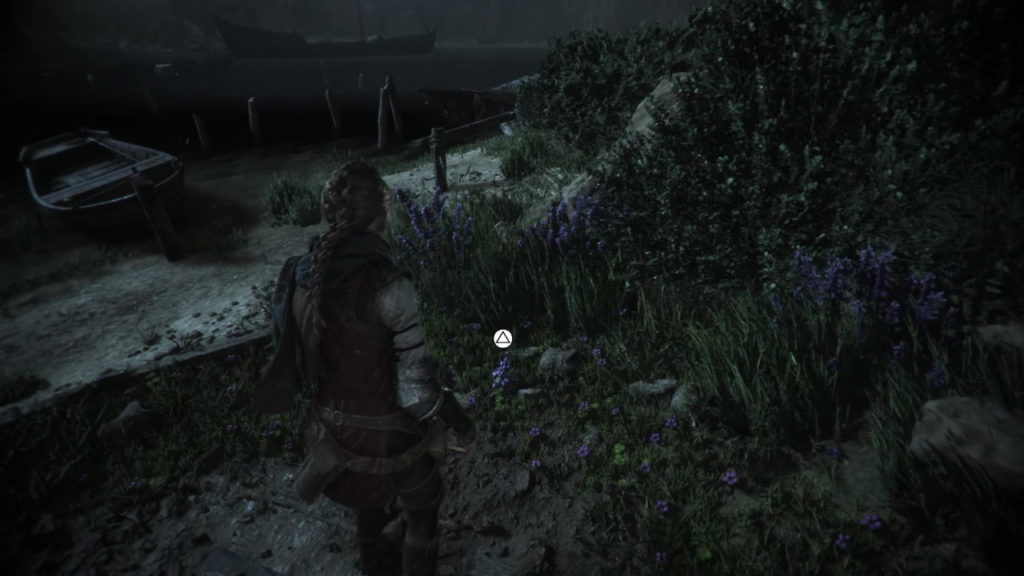 Keep following this path, and you’ll see the Flower ahead of you. Interact with it for the Gentian Flower. 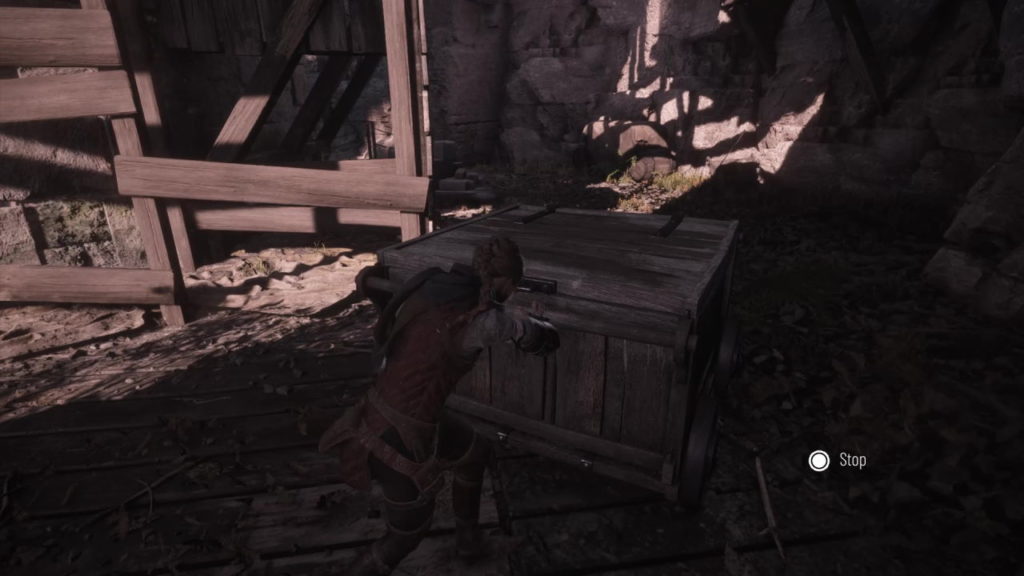 After Amicia has crossed the river and escaped the barn, you will need to make your way across a large bridge structure to be reunited with Joseph, Beatrice, Hugo, and Lucas. This is where the next Flower is located and it is easily missed. You’ll notice you have a trolley that you can push to help you climb to a new area. And if you push it around the corner, you can climb up. 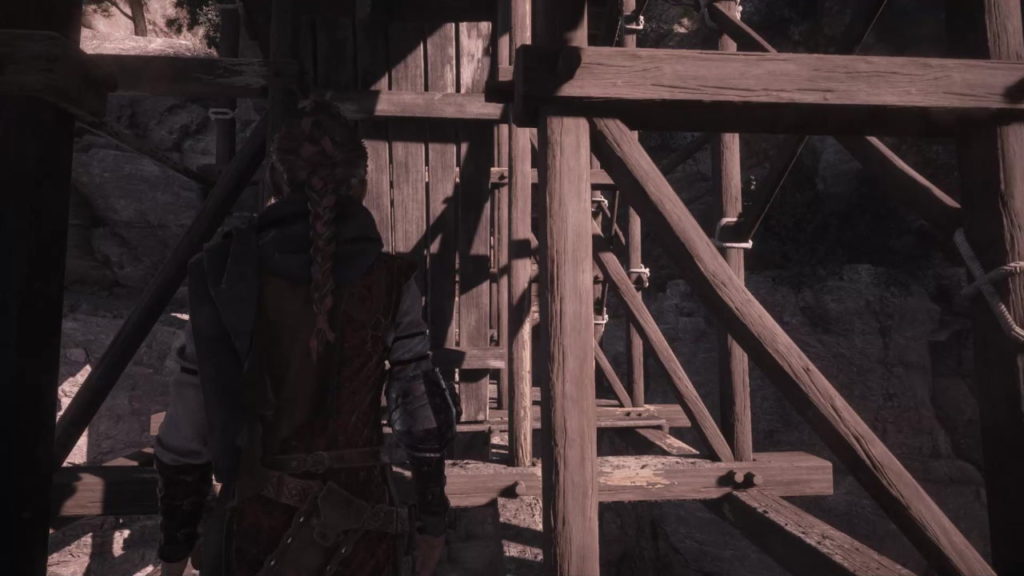 However when you climb up you’ll notice you can’t really go anywhere, and that is because there is a platform that needs to be lowered for you to proceed. 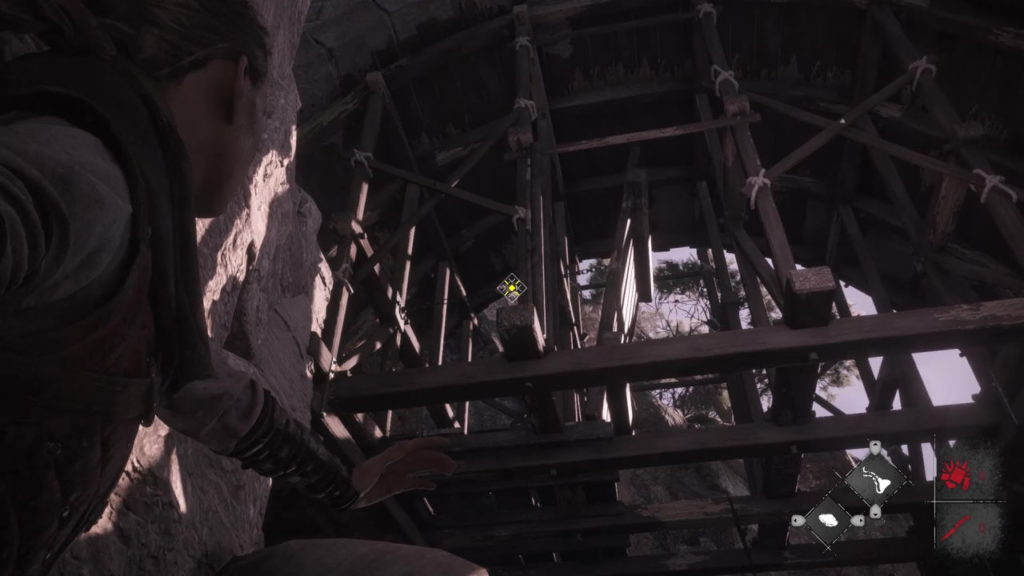 Jump all the way back down and go under the bridge, and hug the rock wall, and then turn around. If you look up, you should be able to see the chain holding the platform. A hit with your sling will release it, allowing you to climb up. 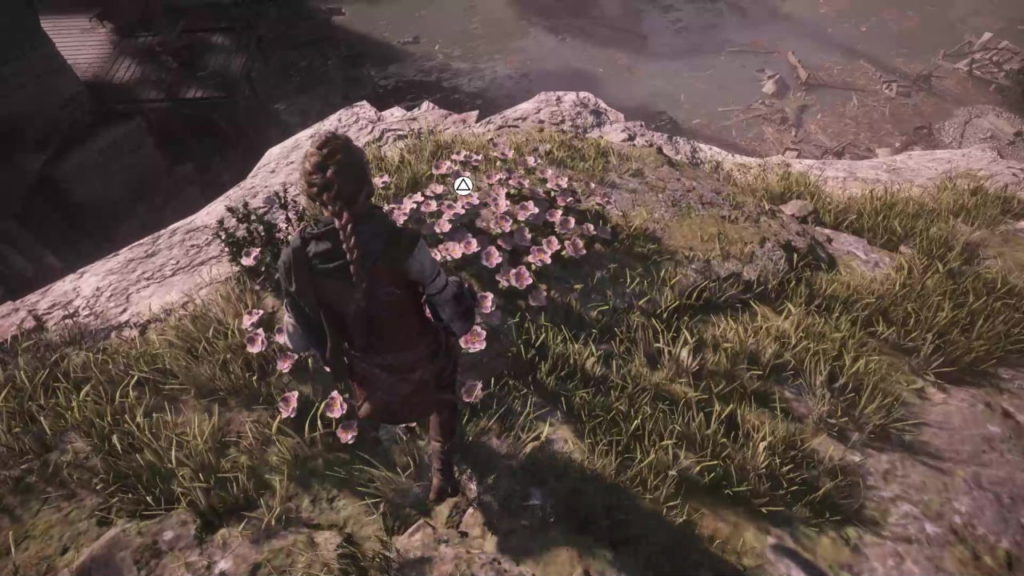 Now with the platform lowered, you can proceed, and then turn left and climb up onto the cliff above. Here you will see a group of flowers you can interact with to grab the elusive Anemone Flower. 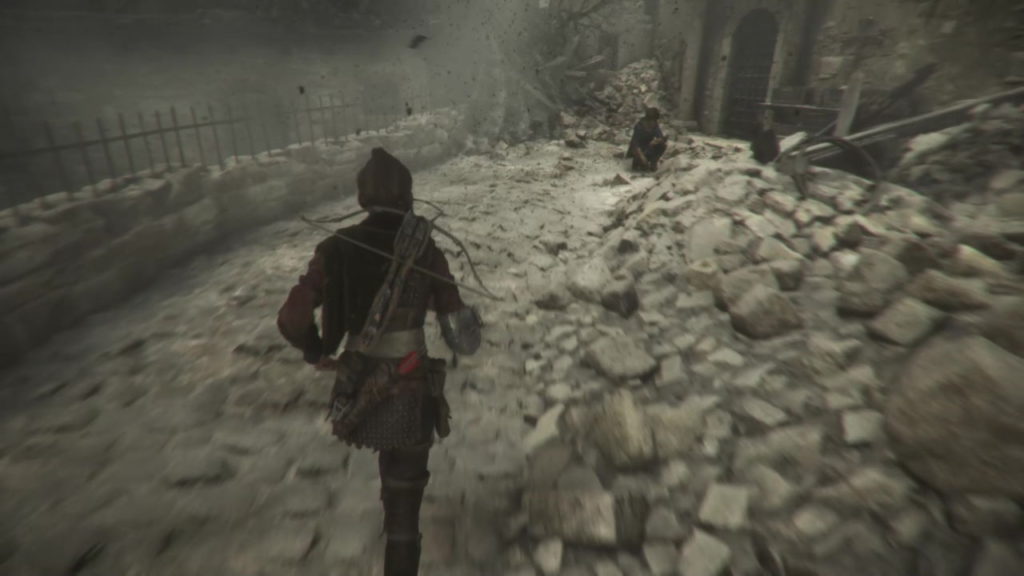 The final Flower in A Plague Tale Requiem is found much later in the game, in Chapter 16. And thankfully it’s quite easy to spot. In fact, Lucas will run ahead of you and kneel down in front of the Flower – much like he did for the Arrowhead in Chapter 2. 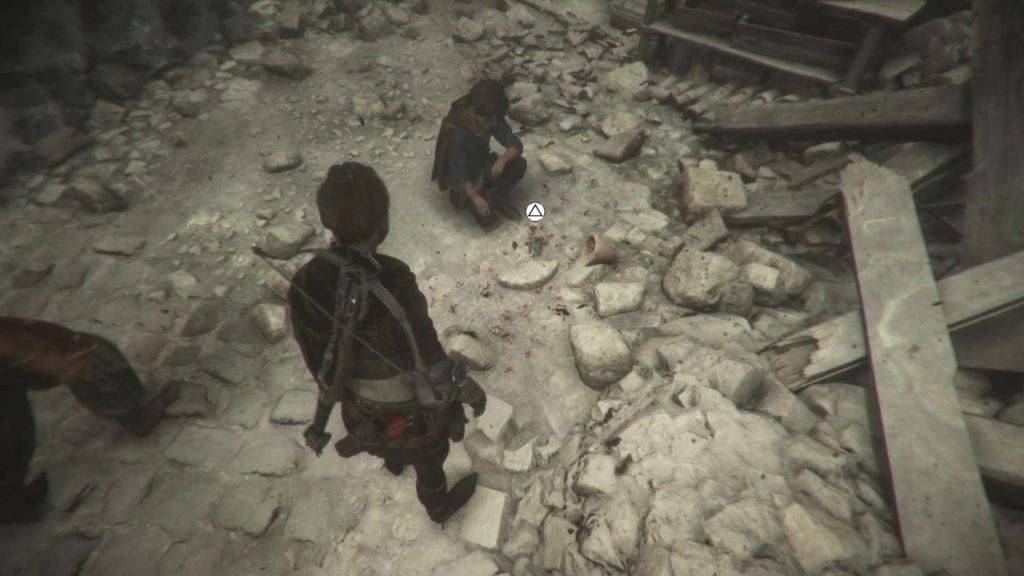 Follow the main path and interact with the flower patch next to Lucas to get the Carnation Flower.

You have now found every Flower in A Plague Tale Requiem and bagged the Herbalist achievement/trophy.