previous
Capybara Games’ Below will be over 20 hours long, might come to more platforms in the future
random
next
Yakuza 6: The Song of Life - Everything you need to know
0 comments

Game Pass is perfect for Sea of Thieves 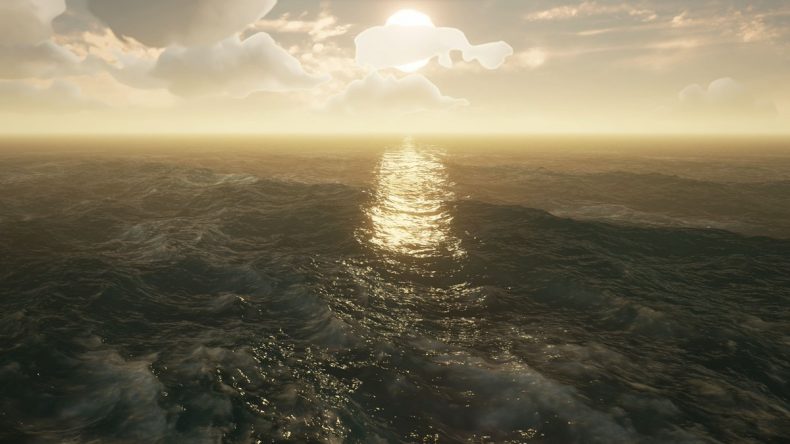 Alright, ‘fess up; how many of you saved your two-week trial of Game Pass for Sea of Thieves? I know I did. It just seemed like the logical thing to do. After playing for a number of hours, across several gameplay sessions, I’m kinda glad I did it this way too.

Sea of Thieves is a difficult game about which to formulate my thoughts, because my experience has been different with every session. My very first time with the game was during our launch day stream and as part of a crew it felt gloriously fun; from the crying chest and the frantic bailing of water from our cargo deck, to riding out the storm while…well, while frantically bailing out water from our cargo deck, the whole thing was filled with laughter and smiles. Being responsible for the sails, reading the map and maintaining course, while Nicola steered the ship and Adam kept a weather eye on the horizon from the crow’s nest, something felt very right about it all. So why is it difficult to formulate my thoughts, I hear the imaginary voices ask? Because Sea of Thieves’ experiences are as changing as the tides. I next played solo, which was a much more relaxing experience as I sailed the seas and quested for treasure. Although dark, stormy seas are much more terrifying without a crew to back you up, especially when you’ve got Thalassophobia. On my second solo voyage, I loved taking on an undead pirate captain and his crew, on an island that also housed some extra treasure. It felt like this was how the game was meant to be played, somehow.

It was after another team gameplay session that things took a turn for the worse, however. I found myself wishing that PvP was an opt-in thing, because we were trolled several times by crews just looking to ruin the day of other players. They weren’t interested in our cargo, and when you’re killed and respawn back on your ship, your killers can simply wait for you there and kill you again and again. This is something that needs fixing, even if it just offers you the choice of respawning at your ship, or the nearest outpost. And there it is, the “F” word: fix. Sea of Thieves hasn’t exactly had the best start in life, as it was plagued by lag and server issues from Day One. Achievements were even turned off for a while and although most of them popped up once they were switched back on, in our second stream of the game no less, many were still missing, or taking a long time to register. There was even an evening when the game was removed from Game Pass, locking many people out of the game entirely.

But that’s what I’m here to talk about: Game Pass. I loved that I could play Sea of Thieves on launch, without paying a penny. The trial allowed me to see what the game was about and to see if it was worth either subscribing to Game Pass for a month to continue playing, or to simply buy the game outright. You know what, though? I would rather go the subscription route, simply because Sea of Thieves, despite its best intentions of being an exploratory sandbox, just doesn’t have enough content right now. Everything you can buy in the game is purely cosmetic, and the only real dangers consist of the odd shark and a few skeletons, not counting other players. I’d count the Kraken as a danger, but in all my hours within the game so far I’ve yet to see the bloody thing. There needs to be more. More enemy types, more reason to fight them, more mythology; I mean, what’s the point of simply having mermaids/mermen there to send you back to your boat? Why not have dangerous ones like Sirens, or other dangers on the water like undead vessels? Imagine the feeling of seeing sails on the horizon, only upon inspection they were revealed to be the tattered, black sails of some zombified crew, cursed to roam the seas for eternity. Or picture this: an unnatural fog rolls across the ocean, it engulfs your ship and suddenly you see the silhouette of a ghostly ship and before you know it, you’re in a fight for survival with the damned crew of the Flying Dutchman. We all have ideas of what should be in the game, except that it feels like Rare didn’t think of any of them during Sea of Thieves’ development. Perhaps I sound a bit harsh, because I genuinely am enjoying my time with the game. Our very own Nicola Ardron summed it up nicely, when she talked about how fun it is to just “potter about” in the game world. There is certainly something to be said for its total freedom, but there is no doubting that it needs more content to find while you’re pottering about on the high seas. This is where Game Pass comes in. Sure, you could drop £40-50 on Sea of Thieves and play it for as long as you want, but Microsoft’s subscription service is allowing me to play it at launch, with the option of paying £7.99 at a later date, perhaps once a new batch of content is released for Sea of Thieves. At that rate, you could subscribe for five separate months of Game Pass before you’ve spent the same amount as buying Sea of Thieves outright (plus you get access to the full catalogue of other games) and you’ll be able to do that when you know there’s more added to the game. I could play for a month now, enjoy the launch period; I could cancel Game Pass afterwards and come back in two or three months, with the likelihood of more quests and enemies to see. Or there might even be timed, themed events a la Overwatch or Fortnite, which could see me stump up eight quid to participate in them. It almost brings Sea of Thieves into the “games as a service” bracket and I am totally okay with that. There is always the chance that Sea of Thieves might become beached, its hull left to rot on the shores of a barren island, but who knows? Perhaps, like No Man’s Sky, it will be an almost totally different game in six months or so, luring players back in to see if it’s worth patching up their boat and…no, this metaphor has gone on too long. Game Pass will let players, much like myself, return as and when they like to investigate any new content for another month.

Many of us scoffed at the idea of Game Pass, but Sea of Thieves has sold me on it. It also happens to be the game that most suits the Xbox One’s exclusive subscription service.