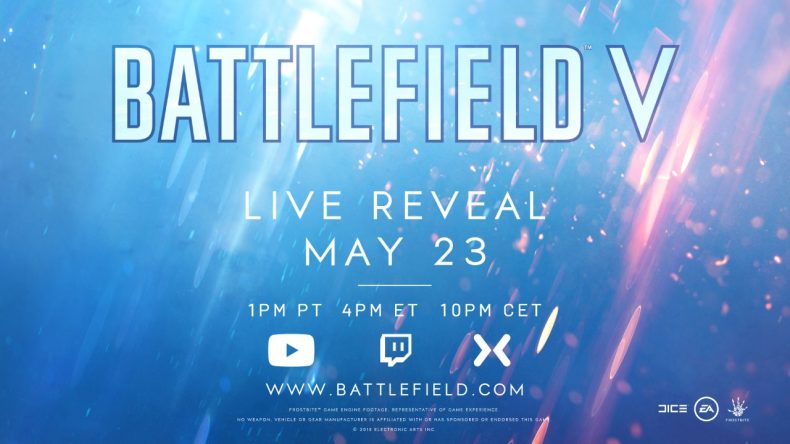 EA and DICE just announced that Battlefield V is being revealed on May 23.

Battlefield V is the next entry in DICE’s Battlefield franchise and it will see a live reveal with the developers discussing their vision for this game. The event will be hosted by Trevor Noah and it will be at 10 PM CET. Watch it below by setting a reminder:

Battlefield V will likely release on PS4, Xbox One, and PC.