previous
Pokémon: Let’s Go, Pikachu! and Pokémon: Let’s Go, Eevee! Release in November for Nintendo Switch
random
next
A new Pokemon core RPG is coming in the second half of 2019, Will be in the style of Sun and Moon and X and Y
0 comments

Pokémon Quest is an action RPG from GAME FREAK that is available now on Nintendo Switch, coming to mobile in late June 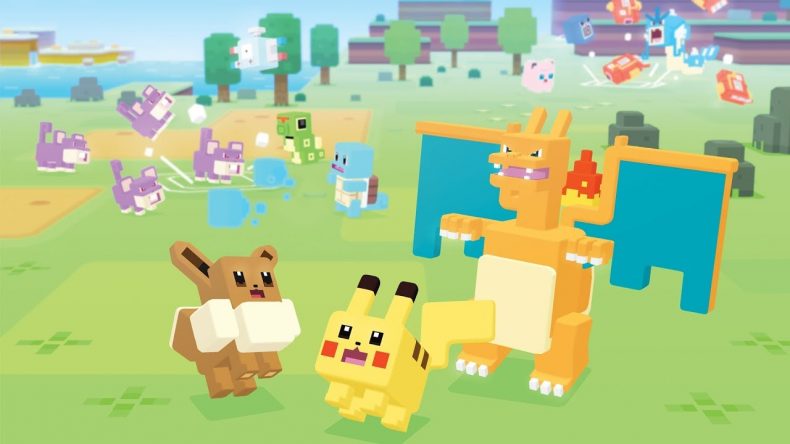 Pokémon Quest is a new action RPG from GAME FREAK that is out now on Switch.

Pokémon Quest had a surprise release on the eShop for Nintendo Switch earlier today. It takes players to Tumblecube Island where everything is blocky and the aim is to hunt for treasure and battle wild Pokemon. Pokemon Quest will have you battling by tapping, befriending new Pokemon, exploring, and more. It will be a free to play title with in game purchases. Shigeru Ohmori, director at GAME FREAK, commented:

“This new Pokémon title, developed by GAME FREAK, lets players explore the island of Tumblecube with their team of cute, cube-shaped characters known as Pokéxel. Players will be able to personalize their Pokémon and develop a strong bond with their Pokémon friends while battling their way through the adventure. With the simple touch-screen controls, Pokémon Quest is a game that Pokémon fans of all ages can pick up and play.”

Pokémon Quest is free to start and available on the eShop for Nintendo Switch right now. It releases on iOS and Android in late June.