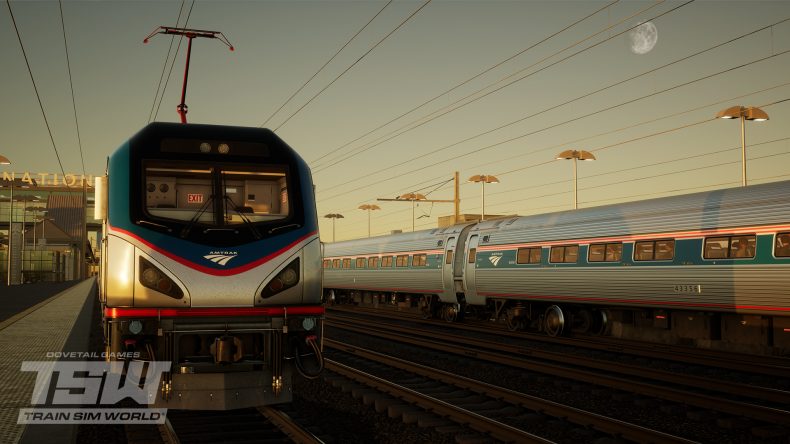 Dovetail Games has announced that Train Sim World is coming to Xbox One, PlayStation 4 and PC in July,

A first-person train simulator that promises to bring to life the experience of operating powerful and realistic authentic replica trains on some of the world’s most amazing railways.

You can choose how you want to play, taking control of powerful locomotives, running to time, carrying out important tasks or ridding along as a passenger and watching the world go by.

Train Sim World has three different experiences to test your skills on different trains and routes throughout the world, including: Northeast Corridor New York; Great Western Express; and Rapid Transit.

Rob O’Farrell, SVP, Development at Dovetail Games said, ‘The dream of driving trains on your Xbox One, PlayStation® 4 or PC in Train Sim World is now close to becoming a reality. We’ve strived to deliver the optimal experience for players on each platform and enable them to feel the detail and enjoy the work that has gone into crafting Train Sim World.’

Likes to shoot stuff and wear pretty shoes. Is a BEAST at Titanfall.
MORE LIKE THIS
dovetail gamesTrains