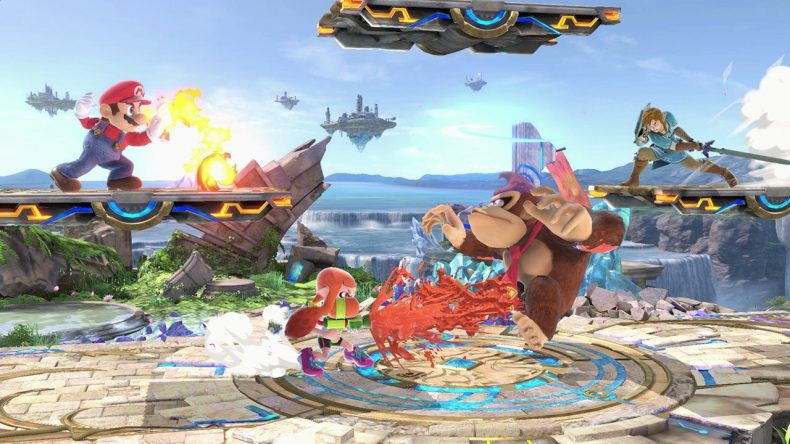 It’s a phrase so often associated with Nintendo, and more specifically the sadly deceased ex-CEO and President of Nintendo, Saturo Iwata. A man whose personality and endearing charm made him a well-respected figure within the industry. Similar to his colleague Shigeru Miyamoto, it was clear for all to see that he lived for games, and having fun first and foremost, never losing sight of the fact that this is what they should be all about. Sometimes that was admittedly at odds with what fans wanted or saw as progress. An online proposition or an attitude towards younger or family gaming left others frustrated and feeling that a fear of damaging (even minimally) those ideals constantly hold the company back against the competition, however noble the ideology.

And often such criticism that was aimed at Nintendo would be dealt with by Iwata with an explanation prefaced with the now meme-worthy “Please understand” before he would go on to explain the company’s position in a clear and caring manner. And following the latest Nintendo Direct at E3, it wouldn’t be surprising if Iwata was still with us to hear him revert to these words again, following the company’s choice of content, and particularly it’s duration of such content in the Direct. The Direct itself started off quite strong. A few announcements of games and DLC lasting no more than a couple of minutes each, including new entries in the Mario Party and Fire Emblem series. Nintendo then moved onto a quick-fire video showcasing a variety of games either out or coming soon, most of which we knew, but some we didn’t. At a little over 16 minutes in, Nintendo had included updates and announcements covering over 30 titles. So far, so, well Microsoft really – widely regarded as having the best conference – it focused purely on games, and at this point, Nintendo had followed a largely similar blueprint. And with another 26 minutes of the Direct still to run, even I was daring to imagine this could be a very strong outing for the Kyoto-based company.

It was then that Nintendo decided to spend the remaining time of their Direct inexplicably on just one title – Super Smash Bros Ultimate. And even as a self-confessed Nintendo supporter, I audibly sigh as I type that. The fact Nintendo would choose to spend the best part of half an hour of a presentation on one game, which let’s face it to even the most ardent super-fan is not a game that NEEDS much explaining. The gameplay formula has remained largely unchanged since it’s inception on the N64. There’s only so much you can say about a 2D brawler where you try and knock people off the screen to win, right? Well apparently Nintendo disagreed, and served to push all of our patience to the limit. Listen, I get that with Breath of the Wild and Super Mario Odyssey already being launched, Super Smash Bros. Ultimate represents the last of the biggest hitters still to launch – until we get that fully fledged Pokemon RPG game that is. I get that Nintendo needs to sell this game to us, to make it reach its potential, if this game can get close to the staggering 13 million copies that Super Smash Bros Brawl sold on the Wii then it puts Nintendo in a really strong position. And whilst that number might seem pie in the sky, Breath of the Wild, Super Mario Odyssey and Mario Kart 8 Deluxe have all sold around 10 million copies each, showing what the big guns for Nintendo can do.

And to be fair to Nintendo there were things about the new Smash title that were worthy of time in this Direct. The news that EVERY character would be returning to the roster was an incredible announcement for a fan of the series like me who bemoans some character’s absences since the Melee days on the GameCube. Also the announcement of new character Ridley was a welcome surprise as was the fact all stages will be able to adopt standard formats if required. But the sad fact is that these great little nuggets of info got lost in the miasma of pointless information that we were treated to. I mean time was actually taken to point out they changed Wii Fit Trainer’s face slightly, and that Ike has slightly different voices for his two different costumes. Yes, I know. We were even unnecessarily told that Zelda had arbitrarily been modelled on Link Between Worlds because Breath of the Wild Zelda is too busy studying, forgetting that Zelda did as much fighting in either title, and also ignoring the fact that by that logic Princess Peach shouldn’t be in the game at all. And all this before we spent over a minute talking about Assist Trophies – items you can use in battle to give you an advantage. There are some more of them. Good. Next. See how quick that was?

The problem with this overly granular approach to the presentation is that in the end the information is just washing over you, you’re not taking it all in, and given the primary purpose of the presentation is for us to absorb the information then that’s a pretty big miss. What’s worse is that I imagine many like me, were actually wishing it would end as time went on, and that’s even worse considering this is your flagship title for the year. By overly detailing everything, you’re putting people off your game, the exact opposite of what ultimately Nintendo was trying to achieve. What worries me, is that Nintendo must have thought we’d have all lapped this up, otherwise they wouldn’t have spent so long on it. It’s also the second time they’ve done this recently, with a Direct earlier this year for Mario Tennis Aces, also delving far too much into the details of all the new additions, nuances and shot techniques, that like Smash would be better suited to the Treehouse event that followed the Direct, or even better, in a tutorial, that I can play when I have the game in my hands. The fact is I don’t need a game to be picked apart to the nth degree before I get excited about it or even make a purchasing decision. Knowing about Wario’s new Final Smash compared to previous games is something I want to discover on my own as I’m playing it. I’ll enjoy it then, in the moment, as I have with every other Smash title. And what’s perhaps most strange about this odd new Direct-ion (see what I did there?) is that it seems to have undone the great work Nintendo had set up in previous Switch launches. A great strength of Breath of the Wild for example, was in what Nintendo didn’t reveal about the game. For a couple of months after launch, my Twitter feed was filled with articles and videos of people discovering little secrets, and hidden gems Nintendo had tucked away in that title that no one knew were there. It seemed they had nailed the joy of discovery, and wanted people to try different things, just to see what would happen. It was part of what made Breath of the Wild so endearing and hugely popular. Now it seems Nintendo can’t tell us everything quick enough about their big titles, and that is such a shame. I get that Smash Bros and Mario Tennis are less about discovery as games, but I still want to enjoy their experiences blind and learn as I go, rather than feeling like I know the game inside out from day one.

And so to Tatsumi Kimishima, I say “Please understand”.

Oh and an Animal Crossing announcement would have been nice too!

Monster Hunter: World is the next main game, not a spinoff: Producer

Life Is Strange: Before the Storm gets a new 20 minute gameplay trailer