previous
Dreamlike adventure N.E.R.O: Nothing Ever Remains Obsure coming to Switch in the Autumn.
random
next
The top 5 Mario platform games, ranked from worst to best
0 comments 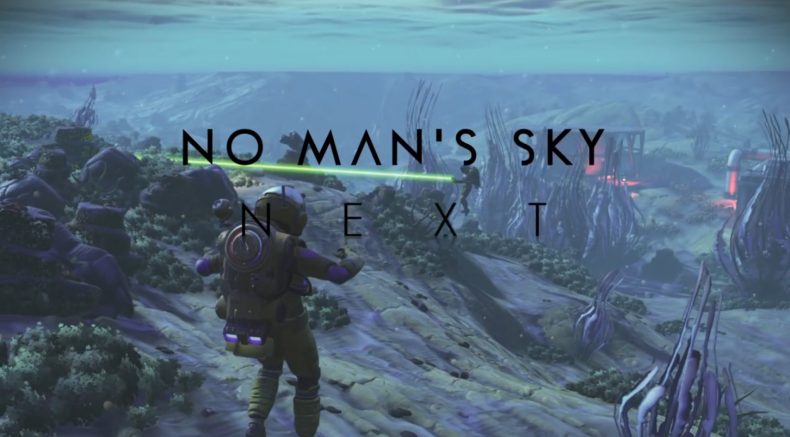 No Man’s Sky launches on Xbox One and gets a huge update on PS4 and PC on July 24 and here’s a new trailer showcasing multiplayer.

No Man’s Sky gets a huge update on July 24 called No Man’s Sky NEXT for PS4 and PC alongside the full release for Xbox One. Hello Games’ ambitious title is also getting a physical release by 505 Games. The new update and Xbox One version will let you play with friends online. Watch the trailer below:

Here are some of the new features and content coming to No Man’s Sky:

Team up with a small group of friends to explore the universe together, or joined with random travellers online
Help friends stay alive, or prey on others to survive
Build shelter or complex colonies together to share with your team
Fight as a pirate or a wingman in epic space battles with friends and enemies
Race exocraft across weird alien terrains, creating race tracks and trails to share online

Play in third or first person, both on-foot and in ship
Gaze on planetary rings and improved space visuals that make space more beautiful than ever
Explore dramatically improved planetary terrain generation, ground textures, water and clouds that bring the environment to life
Enjoy significantly more detail added to ships, NPCs and buildings

Build bases anywhere on any planet, with hundreds of new base parts added to the game
Create bigger and better bases than ever before, with dramatically increased base building complexity and size limits
Architect and own multiple bases

No Man’s Sky is available on PS4 and PC. No Man’s Sky NEXT arrives as a free update for those platforms alongside an Xbox One release with all content from the get go on July 24.