previous
Super Crush KO is a fast paced brawler shoot em up hybrid from the creators of Graceful Explosion Machine set for 2019 release
random
next
Nintendo's Smash Direct: what we saw & what we thought about it
0 comments 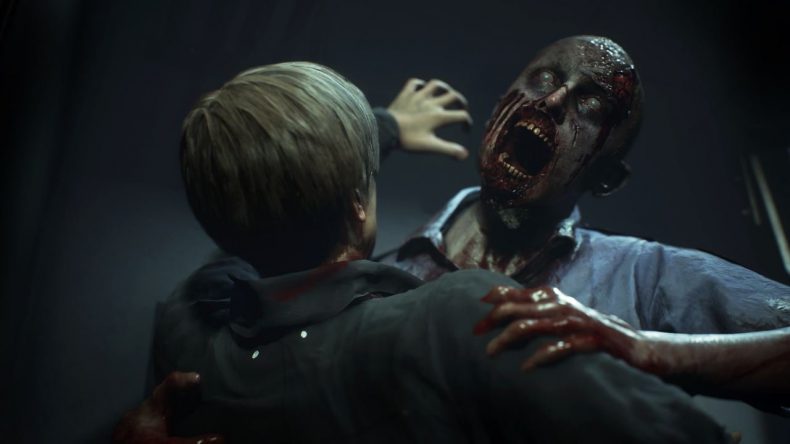 Getting the opportunity to play the remake of the best survival horror game of all time was an opportunity too good to miss, so as I headed to Capcom’s London office I couldn’t help but think about what I was going to see. Resident Evil 2 was a staple of my youth, opening my eyes to a whole new type of storytelling through two separate storylines interweaving as they play out concurrently; one as Leon Kennedy and the other as Claire Redfield. It’d been a long time since I played it all the way back on the original PlayStation, but I remember how good it was and how it made me feel. This isn’t nostalgia, this is an old classic being built from the ground up, with new visuals, new controls, and new additions, making an old game relevant once again.

If you’ve had the pleasure of playing the original remake of Resident Evil on GameCube or more recently on PlayStation 4, you’ll know how well it sticks to the original, but also creating new sections of the game with better graphics and more. It’s been some time since this was done however, and with the power of the current gen in full force, it seems as though Resident Evil 2 has the potential to be incredible. Spoiler, it is. So with that in mind, I wanted to let you know how it differs from the original. I only got to play 20 minutes, but that was enough to find plenty to get excited about. Yeah, I know this is more than obvious, but it has to be mentioned. Not only does it look worlds apart from the original, it stands tall with a lot of current video games. The detail within Raccoon City Police Department is stunning. From the desks filled with paper, the conference room, the front desk, and the various offices, it’s marvellous just how much work has been put into making it look as realistic as possible. There’s a lot more gore drenching the walls and the floors, and the zombies look grotesque, with brains leaking blood all over the place and open wounds pulsing and dripping crimson everywhere.

As for the character design, Leon looks much younger, ressembling a pastel-skinned character from the Silent Hill universe than someone from Resident Evil. We also saw Marvin Branagh from the original game, who now looks completely different from the blocky Will Smith lookalike. The way they talk and show emotion is another highlight of the footage, and whilst the series is known for its cheesy voice acting, the dialogue between the two characters is much more dramatic this time around. Whilst I had little chance to do many of the puzzles, there was one glaring difference from the original. In the original there used to be a puzzle where you had to find a gem to place in a statue, whereas now there are three gems you have to put in three different statues. On the second floor of the west wing there’s a new puzzle in the men’s locker room that you find – a handheld safe that requires you to input all the buttons in the correct order. I didn’t manage to solve it because I only had a limited time with the game, but it didn’t seem to need a lot of attention, just a bit of patience and a good memory. There was also a new puzzle in the west office that needs to be solved for you to pick up a magazine clip in Leon’s desk. There are two padlocks on either side and using the initials from the officers’ names that sit (or used to sit) either side of you are needed to input into it. From this short playthrough it’s clear Capcom has made significant differences into how your brains will be taxed, and searching for old playthroughs are not going to help you here.

I can’t be sure just how different the zombies are due to the unclear difficulty I had trying to play, but they seem to be much harder to kill. I often became overwhelmed when trying to shoot them, and many of them took a lot more bullets to take down. This certainly added to the survival aspect of the game, and quite often I’d run out of bullets when firing of at least 5 shells into a zombie’s brain. There was also a moment in the west office (which you can see in the video below) where I was overpowered by two zombies at once, and they forced me to the ground together. I found myself at the mercy of two of them trying to chomp at my neck; it was terrifying.

Long gone are the frustrating tank controls of the original. This time you’ll be able to explore freely, moving around much easier than before. You can also shoot and move, even though it can be tricky to shoot in tense situations, it does allow you more of a chance to escape an oncoming attack. We’ve seen these kind of controls in the sequels (Resident Evil 4, 5, and 6), but it’s still nice to know they aren’t returning to the stand still and shoot mechanics of the original.

From the demo it’s clear every room and location has had some change whether small or big. The main hall has had two staircases put in allowing easier access to the second floor. New hallways have been added, and the locations of certain rooms have been changed (such as the watchman’s room and the press room). Another big change as to how you access certain areas is highlighted with the access to the west wing, and how it is now unlocked differently. Before you’d get a blue key card from Marvin, but now he gives you your combat knife to cut away yellow tape on the power supply that proceeds it.

My memory is slightly hazy when it comes to what type of gun you had in the original to now, but the knife is used a lot differently than simply slashing away at the zombies after you run out of bullets in a last-ditch effort to survive. You can now throw your knife to knock zombies away from you, giving you an opportunity to fire off a clear shot and make a bit of space between you and the undead. I found this massively useful, especially as there seems to be more of a zombie presence, and when trying to keep my shit together in the west office it literally saved my life from a zombie that just wouldn’t stay dead.

There are many subtle differences in the remake as well as considerable game changers, and my excitement to delve into the final version of the game is ridiculously high. Hopefully the next four months fly by so I can give the entirety of the remake my full attention. With the range of decent games coming out to distract me from my craving to play it right now, I’m hoping they’ll keep me occupied.

Video games are cool. Don't let anybody tell you any different.
MORE LIKE THIS
Capcomresident evil 2 remake