previous
Competition: We've got loads of codes for Armored Warfare on Xbox One up for grabs
random
next
Fortnite patch 5.21 adds a Heavy Sniper Rifle, a new LTM with a focus on mobility, and more
0 comments 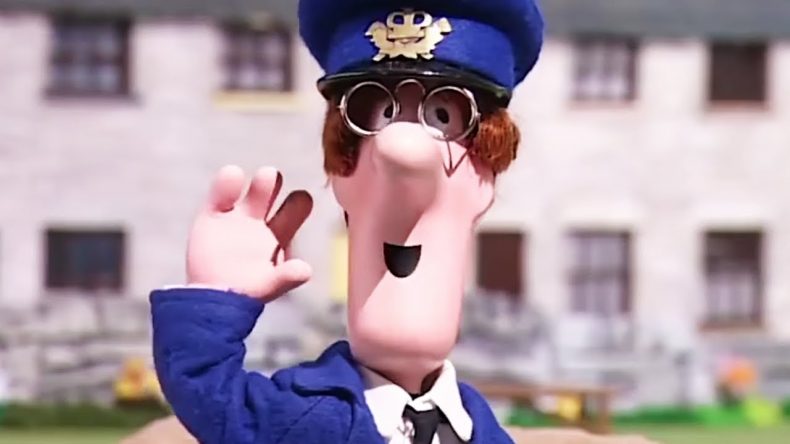 With the recent announcement that Negan from The Walking Dead will be heading to Tekken 7 to take on the likes of Kazuya, Kuma and Devil Jin, it got me thinking about other series that could do with an injection of random, and obviously extremely well suited characters. Read on to see my top picks of who I’d like to see join the cast of some well-known series.

First up, Sombra from Overwatch should be added to the Metal Gear series. Imagine how much easier life would be if instead of sending in a severely ill-equipped “insert appropriate era codename” Snake to deal with these world ending machines, and hope that there’s the right equipment on site to deal with it, the world’s best and most advanced hacker was sent in. Swagger in, hack the machine, shut it down for good, and home before dinner gets cold. Sorted. Would also mean the likes of Grey Fox, not to mention the numerous Government officials that died due to the various Snake’s time wasting could still be alive. Postman Pat could always use a helping hand. Vans, and vehicles in general, can break down at any minute and we can’t have that post going undelivered as well as Pat’s named being tarnished now, can we? Enter Shadow the Hedgehog. Sonic is too busy saving animals and beating Eggman to deliver mail, but Shadow isn’t doing much last I checked, so he’s free to speed around the village of Greendale and give Pat a well-deserved rest. Jess the cat could be doing with a rest too, mind, as they’ve been delivering mail for a while now and we all know neither are getting any younger.

Since Negan is making his way to the Tekken world, that leaves a space open for a new big bad in The Walking Dead series. Who better to fill the Negan-shape void than the various Special Infected from the Left 4 Dead series? Rick and co seem to have gotten the hang of the common infected, not counting the ones who died by being overwhelmed, but survival of the fittest I suppose. I’d like to see how their camp defences handle a Charger attack or how quickly a Witch takes out a scouting/scavenging group. It might just be the kick up the arse TWD needs to get it back on track. DmC Dante into the Devil May Cry series. No explanation needed.

Kazuma Kiryu & Goro Majima into the Gears of War series. Delta Squad seemed to have a little bit of trouble against various enemies during the Locust Wars so I think sending in two people with fighting styles that Locusts could only dream of mastering is a good shout. Again, this action could’ve also saved Dom, Maria & the various Carmine’s throughout the series. Failing the hand to hand stuff, Kiryu or Majima could drag the Locust Queen, or any of her Lieutenants, to the Maharaja for a dance off to determine the fate of the people of Sera.

The Dark Souls Chosen Undead needs a new lease of life after making their way through Lordran and various other places to succeed Lord Gwyn, and what better place to head than the Seven Kingdoms of Game of Thrones. After taking on the likes of Gaping Dragon and Seath the Scaleless (in some cases alone), I can’t imagine taking on the Night King, with a now changed Viserion, along with a bunch of Wights and Whitewalkers would be much of an issue. I can’t say the same for taking on Cersei though. There’s a reason the Night King has kept to the North of The Wall and my money’s on him being to scared to take on Cersei. If the Human Torch is as much of a hero as he claims to be then he should probably mosey on over to Bright Falls cause Alan Wake is in dire need of some light. Johnny Storm claims to be part of the Fantastic 4 who, as I understand from the vast array of Marvel films out there, are supposed to help people in their time of need, yet I didn’t see him fly on over to Bright Falls. No, I saw Alan Wake run about like a mad man trying to find batteries for his forever failing torch, most likely while Storm sits by doing naff all. Not very heroic.

And finally the one that’s been talked about since time immemorial, Superman being added to the Dragon Ball Z universe. We could argue the case that the Justice League, not the film version as we don’t talk about that, could be added to the Dragon Ball Z universe so each Z fighter has someone to square off against, but there’s one question that most people get right into and have many heated discussions over: Who would win in a fight between Goku and Superman? Although, I personally would like to see Batman vs Vegeta. If Batman can take on Superman then a Saiyan should be just as manageable.

These are just a few crossovers that should happen, but realistically and maybe for the best probably won’t happen. What sort of crossovers would you like to see? Are they more practical or realistic than what you’ve read above? Head on down to the comments section and let us know about your dream crossover or pairing.