previous
Monster Hunter Generations Ultimate preview – forget what you think you know
random
next
Shenmue III finally has a release date, and there's a new trailer too
0 comments 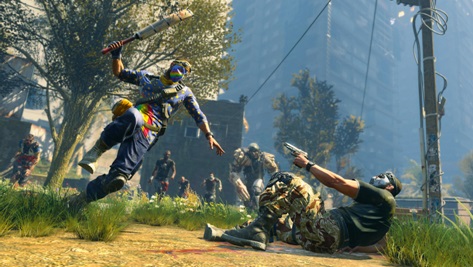 Not wanting to be left out of the current Battle Royale trend, Techland have brought it to their Dying Light franchise.

In Dying Light: Bad Blood players will be able to use parkour to not only outrun zombie hordes but to also escape any player pursuers they have. Bad Blood features both single and multiplayer play, meaning you could be destroying a zombie hive one minute and then having to defend yourself against enemy players the next. This isn’t without its limitations however, the action will be limited to twelve players per game.

The game will hit Steam Early Access in September so Techland can tune the game ready for a full release later on, but as well as that people will be able to take part in two global playtests. The first starts on August 25 at 9AM through to the 26th at 9PM, while the second will run from September 1 9AM to the 2nd at 9PM (all times are PDT). You can register for the global playtests here.

To access the game after the playtests you will need to purchase a founders pack for $19.99 (expect the GBP price to be similar). This pack comes with the usual plethora of skins, in-game currency and other cutomisable items for your avatar, these will be delivered throughout the three months after launch.

A lover, not a fighter and an all round good guy (he would say that, he wrote this after all), he's happy to be here as part of GIAG.
MORE LIKE THIS
Dying LightDying Light: Bad BloodEarly AccessPC

Podcast #311: Tom the Hotdog Man
Support us on Patreon for exclusive content