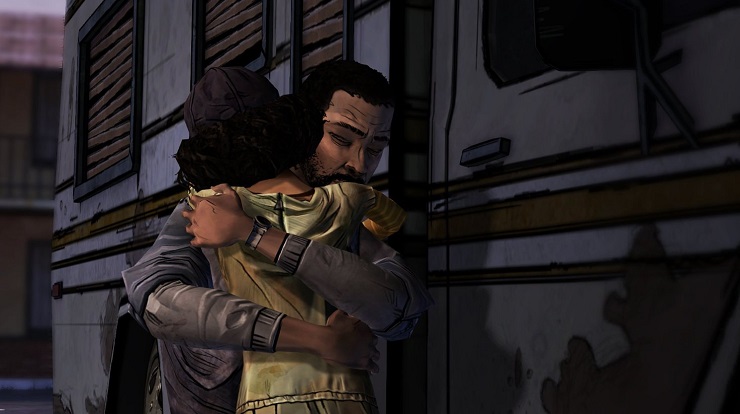 When I heard the news about Telltale Games the other day, I thought back to that one singular moment near the end of The Walkind Dead: Season One, where Clementine and Lee spent their final moments together. Witnessing how raw, painful, and moving that scene was cemented a new level of storytelling in video games. Making choices at such an important and heartbreaking time threw me completely – it broke me. Many games later, and years of developers trying to emulate the ideas Telltale Games created, the studio is closing its doors, and there is no choice to make here – this is real life. It’s over.

Whether what’s been said on social media is true or not, I want to reflect on the legacy that Telltale Games has left behind. The writers, artists, voice talent, and everyone who created these games deserve to have a career in gaming because of their talent we’ve seen come to light over the years. Without them we’d never have seen Clementine, Kenny, or Lee – we’d never have seen the Fables comics in a game that encapsulated their style in such an accurate way, and we’d never have been lucky enough to play Tales from the Borderlands, not to mention Minecraft, Game of Thrones, Back to the Future, Batman, and Guardians of the Galaxy. They continued to make games fitting of every genre, focusing on the human psychology and social interaction rather than action and explosions. Their trademark choice system gave you cause to care about the direction of the characters, never sure whether you’d made the right one, but having conviction in your choices meant the games were so engaging. The intrinsic struggles often stayed with you long after you’d overcome them, and even now I often wonder how things would be different if I’d gone the other way.

I only ever played their games once because I didn’t want to see the alternative. I liked to play them as if it were like real life – you never get a second chance to make a decision. This sometimes served me well, other times it didn’t, but I always believed I was making the right call. The amount of death’s I witnessed in The Walking Dead became reoccuring nightmares – constant reminders that you shouldn’t get close to anyone because they might not be around forever. Batman saw old storylines disregarded for brand new ones, such as the Joker and Harley Quinn’s origins completely reversed, and the idea that Bruce Wayne and Oswald Cobblepot having a history growing up was a really good twist. These concepts worked incredibly well, once again leaving you vulnerable when making those all important decisions.

It’s so sad to think we’ll never see The Wolf Among Us 2, or the conclusion of Clementine’s story, but the saddest thing is seeing so many people lose their jobs that have such remarkable amounts of talent. I can’t imagine what it must be like to lose your job doing something you love, but I hope that they find something else. It’s amazing to see such an outpouring of love for Telltale’s employees on Twitter – knowing that people are inherently good gives us all hope for the future. What this does highlight is the fragility of the industry. The combustion of Telltale highlights how much sales speak volumes, and if the numbers aren’t right the funds aren’t there to support developers. It’s important to celebrate the good that Telltale Games did amidst the dark clouds that loom over the headlines. We’re constantly blessed with great video games from so many different developers, and to take for granted that a sequel is on the cards or another game from your favourite developer is a given is something we shouldn’t make a habit of doing.

Whatever games you play over the coming weeks, take the time to appreciate the work that’s gone in to making them what they are, because you’re never sure what the future will hold. It’s opened my eyes to how we have no idea about what goes on behind closed doors, other than a lot of hard work, long hours, and sleepless nights. Revisit The Walking Dead, play The Wolf Among Us, and if you’ve never had the joy of stepping into the Borderlands, now is the perfect time to play them. Telltale Games made some of the finest video games of the last 10 years, giving us poignant stories and moments that can move you to tears in a heartbeat. Thank you to everyone at Telltale Games that gave us so many memories; your games mean more to me than you’ll ever know. Thank you for everything.

Video games are cool. Don't let anybody tell you any different.
MORE LIKE THIS
BatmanGame of ThronesMinecraftTales from the Borderlands