Destiny 2: Festival of the Lost Week 2, lousy RNG, and the Events we’re still waiting for. 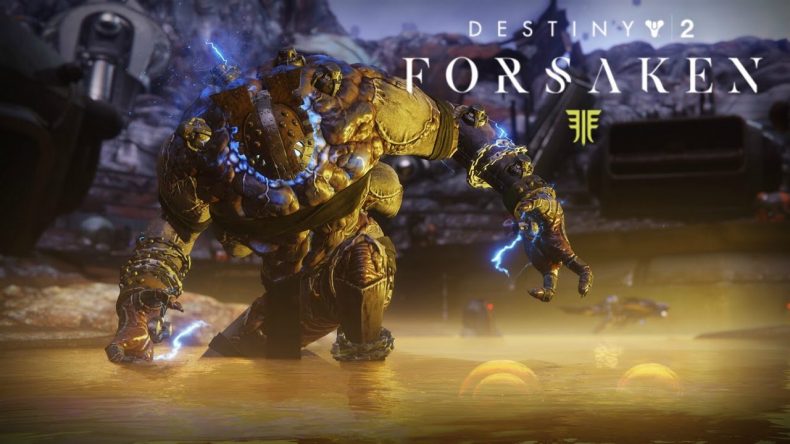 It’s a fairly quiet reset this week, so there’s not as much to talk about, but here we go.

The Iron Banner only ran for one week, so Lord Saladin has buggered off again already and I’ve still got no elaborately filigreed armour for my Titan to wear, although I have got around 24,000 Claws of the Wolf, so yay. I’d like to see this event run longer in future and give those of us with multiple characters more time to hit the bounties with all three characters. I’m grateful that Bungie made those particular Bounties more attainable and more rewarding, but in the interest of not missing out on the other profitable activities like the Nightfall, the Ascendant Challenge, the +75 Infamy Gambit Bounty, and the Dreaming City Weeklies, I didn’t get as much time in IB as I hoped to. But in Saladin’s wake, we’re now treated to increased Glory gains in the Competitive Playlist, so there’s that.

Elsewhere, the Festival of the Lost continues in full swing. I erroneously suggested last week that it would evolve over three weeks, which is how I interpreted the details in This Week At Bungie, but in actual fact it’s simply continued on in week 2 with the same activities minus the Iron Banner. You can still run the Haunted Forest alone or with friends to earn those Fragments and, hopefully, unlock that 600 Power assault rifle, Horror Story. I’m not sure I’m ready to give up my Hazard of the Cast yet, but there’s always infusion, I guess. Incidentally, I’m not sure just which way I’m supposed to sweet-talk Tess Everis to give me a single piece of Festival armour in the ridiculous amount of Ephemeral Engrams I’ve opened. RNG even hates me in the holidays, it seems. I’m really, really hoping we get some news about Faction Rallies in this Thursday’s TWAB. We’ve had no details so far about changes to the event, the gear, Bounties or activities, and we’ve already had Iron Banner twice since the launch of Forsaken. I’d like to see some Weeklies in the same vein as the IB Bounties that reward powerful gear and shaders, and Faction-themes Exotic sparrows, ships and Ghost shells wouldn’t go amiss either.

Actually, Bungie’s weirdly spartan approach to every event except Iron Banner kind of highlights just how much of this gameworld they allow to go to waste. Haunted Forest is making use of the Infinite Forest play-space, finally, but we can only assume that’s going to disappear when Festival of the Lost ends. We’re also finally seeing Amanda Holliday get some screentime for the first time since the opening cinematic of the Red Legion campaign. But what about making Banshee really useful again with armour and weapon orders like in D1? What about giving Xur an actual purpose beyond selling Exotics we already have? At this point, I feel you could combine Tess, Xur, and Banshee into one storefront and lose absolutely nothing. I remember when Xur used to arrive in Destiny 1 and I was excited about what he was selling, and I had to grind Strange Coins to make sure I didn’t miss out. Nowadays, I don’t even bother looking for the enigmatic, tentacle-faced purveyor because he never has anything I need. Speaking of which, where the fuck are the Trials? Are they coming back? Will they make a return with the launch of The Black Armory in December? Where are my sparrow races, just so I can listen to Holliday say things like “thrust”, “bump” and “go faster”… in that accent? I can accept that Eris Morn won’t be back until a later expansion, but these events help to keep everything moving and keep everyone grinding. So far, Forsaken has done a great job of keeping players invested, and my worry is Bungie are going to run out of steam before the next expansion.

Next week we’re promised a hell of a finale to the Festival of the Lost, with a murder to solve among other things, so I’ll be back after Tuesday’s reset with the rundown. In the meantime, here’s a quick glance at the Eververse inventory this week: Keep on blasting, and I’ll see you next week, Guardians.

Senior Content Editor Mick has been playing games for over 30 years and writing about them for around 12. After drifting from site to site for a while, settling briefly at the now-defunct Made2Game and freelancing for the gone-but-not-forgotten NintendoGamer Magazine, he came at last to rest at Godisageek. Mick has been a reviewer, staff writer and content editor here for some time, while also moonlighting a little for Red Bull Games. He has 4 kids, has written 2 novels, and sometimes even manages to pay a bill or two. You'll usually find him defending the galaxy in Destiny 2, battling evil in Diablo 3, or lurking in the background on Twitter. Find him there @Jedi_Beats_Tank, or on XBL (JediWaster247), PSN (Jedi_Waster) or Nintendo (JediWaster).
MORE LIKE THIS
Destiny 2Destiny 2: Forsaken