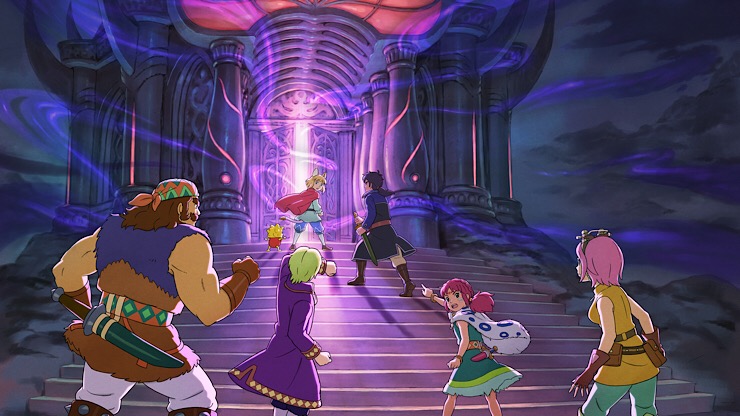 Coming this winter The Lair of the Lost Lord will bring a new labyrinth to Ni No Kuni II along with a load of new gear.

A mysterious gate has opened in the Rubbly Ruins within the labyrinth inside the Prince of Wraiths is planning to destroy Evermore Kingdom. You’ll need to venture in to the dangerous depths and put an end to the Prince’s madness and save Evermore.

In this DLC there’ll be over 80 new pieces of equipment as well as new quests fleshing out the backstory of some of the main cast, there’ll also be a returning enemy looking for revenge. There’s also going to be a new battle ability called the Martial Method, but there’s no word on how this is going to work apart from it’s powered through the memories of people you have met.

I reviewed Ni No Kuni 2: Revenant Kingdom and loved it, it’s the closest I’ve come to a 10 in my years writing for the site, so give it a look yeah?

A lover, not a fighter and an all round good guy (he would say that, he wrote this after all), he's happy to be here as part of GIAG.
MORE LIKE THIS
Bandai NamcoLevel 5Ni No Kunini no kuni 2