previous
Save me Mr Tako! from Nicalis and Christophe Galati is a platforming adventure hitting Switch and Steam on October 30
random
next
Call of Duty: Black Ops 4 has a 50GB day one patch on PS4 and Xbox One
0 comments 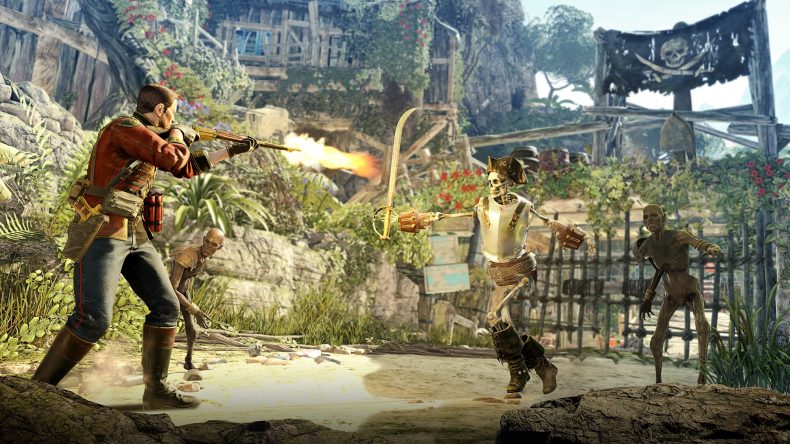 The Thrice Damned: Isle of the Dead adds a new campaign mission, new character pack, and free maps. Tessie Caldwell, The famous Rebel of the Skies, is available in game via the American Aviatrix Character Expansion pack as well. Watch the trailer below:

The Thrice Damned Part 1: Isle of the Dead is available now for £5.59. The American Aviatrix Pack is available for £6.39. Both are included in the Season Pass. The Tunnels map for Horde and the Score Attack levels Towering Temple II & Cursed Village II are also available free for all.

Strange Brigade is available on PS4, Xbox One, and PC. Read our review here.