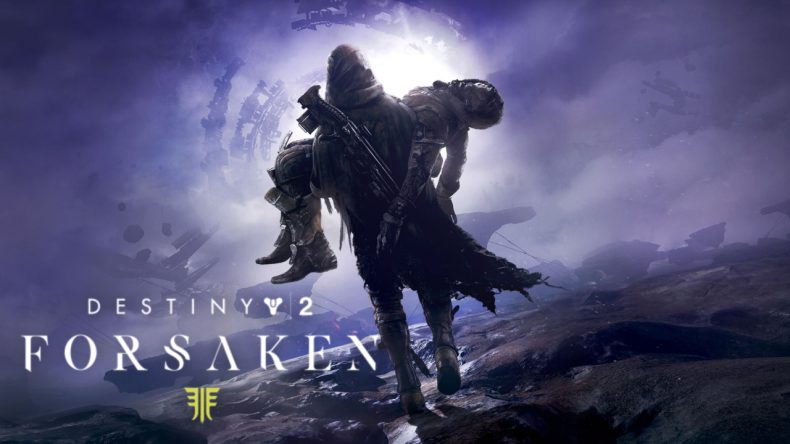 Is a special thing still special when everyone has it?

That’s the big question in Destiny 2 this week, as everyone and their ghost now has the Thunderlord. Everyone. I strutted into the Tower with it clipped to my back mere minutes after the weekly reset, only to find that everyone else already had one. The final step in the lacklustre Master Ives questline is so easy it’s shocking that it even rewards you an Exotic.

That said, the final mission sends you back to the Cosmodrome, back to the row of frozen, rusty 27th Century Ford Escorts where you first woke up all those years ago, and runs you through the Breach and back again, tasking you to kill a Fallen boss and his Servitor. The whole thing takes about 15 minutes and is super easy to solo at 550+. I’ll be honest though, I got some feels running through those old tunnels, even if it was glitchy as fuck. But it highlights something that Bungie really shouldn’t be shining a light on: there is no real reason we can’t return to Destiny 1’s locations. The framework is the same, the mechanics are the same, some of the assets are the same. I would pay good cheddar to return to the jungles of Venus again, or hit the Dreadnought for a spot of Hive-hunting. And I still maintain my prediction that sooner or later Bungie will introduce “Legacy” Strikes and reuse the old areas, quite possibly towards the end of Year 3.

Anyway, the gun. Thunderlord is a monstrosity, to be honest. It shreds enemies, even bosses, and spits out chain AoE damage to boot. It’s so good I can already smell the nerf. There’s no way Bungie won’t tweak this gun. Incidentally, it’s worth pointing out that this is lifted wholesale from Destiny 1. You can’t even change the Shader (though there is an ornament you can buy in a 700 Silver bundle, natch), and the magic is kind of lost when everybody has an identical weapon. All in all, aside the gun itself, the whole Master Ives questline was pretty shitty. But then, at least it was something different.

Iron Banner has returned yet again, and I’m not even excited anymore. I’m now wondering if Bungie have just broken Faction Rally and keep cycling Saladin back in to cover that. Still, double Valor plus Iron Banner is a solid way to rank up, and as every Saladin Bounty drops a Powerful Engram, it’s not a bad way to raise your Power Level if you’re still chasing 600. We’re now only a few weeks from Season 5, which Bungie are being uncharacteristically quiet about. Usually they’d be dropping trailers and hype bombs all over the place by now, but we still know very little about the Black Armory. I’m hoping for something that gives the game stronger legs, as it is slowly beginning to get samey. An arena mode or new area would be super cool, but we’ll see in December, I guess.

Besides that, it’s worth hitting both Spider’s top tier Bounty and the Ascendant Challenge this week, as both are easy to solo. The former is The Eye on the Dark, where you’ll face a Shrieker that will only open when you have the “Scent of the Wormgod” (kill special glowing thralls and run through the puddle of goo they drop); and the latter is the Agonarch Abyss, which you can cheese even at lower levels by landing on the roof after your final descent and sniping the bosses with your weapon of choice.

I’m now only 15 Power Levels from 600 with my Hunter main, which is decent considering I don’t Raid and rarely Nightfall. At this rate I should clear the cap before the expansion, but we’ll see. And that’s about it for this week. Have you got Thunderlord? Is it all you hoped for? Are you also pissed they brought back a weapon, not a weapon type and we’ll probably never see Zombie Apocalypse FTW again? (No? Just me?). Either way, let us know.

Until next week, eyes up, Guardians.

Senior Content Editor Mick has been playing games for over 30 years and writing about them for around 12. After drifting from site to site for a while, settling briefly at the now-defunct Made2Game and freelancing for the gone-but-not-forgotten NintendoGamer Magazine, he came at last to rest at Godisageek. Mick has been a reviewer, staff writer and content editor here for some time, while also moonlighting a little for Red Bull Games. He has 4 kids, has written 2 novels, and sometimes even manages to pay a bill or two. You'll usually find him defending the galaxy in Destiny 2, battling evil in Diablo 3, or lurking in the background on Twitter. Find him there @Jedi_Beats_Tank, or on XBL (JediWaster247), PSN (Jedi_Waster) or Nintendo (JediWaster).
MORE LIKE THIS
blogDestiny 2forsaken