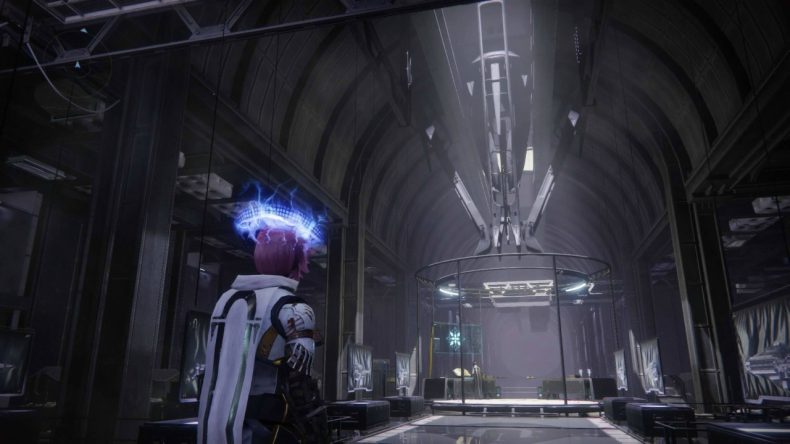 Well, what a busy couple of weeks it’s been for Destiny 2 fans. The Black Armory launched, we’ve got a new Raid, new gear, a new area in the Tower, and now we’re in the midst of the 3-week Dawning Event that will take us into the New Year. All in all, that’s a busy social calendar for any Guardian, but there’s still some lingering bad feeling between the public and Activision-Bungie.

There’s still a genuine question hanging over the current and eventually price-tag attached to Destiny 2 and its largest expansion, Forsaken. The business model is horribly anti-consumer, as Bungie charge for every new piece of premium content – that is, everything that permanently adds to the story or the content pool of Destiny 2. Not only are people upset about how wildly the expansions differ in both quality and volume, but questions have to be asked about the overall cost of something like the Annual Pass because, let’s be clear, we got The Dawning and Crimson Days, etc, for free in the past. They surely don’t count as part of the Annual Pass, which leaves us with three expansions: The Black Armory, Joker’s Wild (due in Spring 2019) and Penumbra (due in Summer 2019). So let’s examine The Black Armory DLC, which has just dropped. Arguably, there is less new content here than we received in Warmind or The Curse of Osiris. There is no new gameplay zone, there are no new Strikes, and there’s not really any story added. What we’ve got is an, admittedly fun, new arena mode, The Lost Forges, a new bounty vendor and a host of new gear, including weapons, armour, Shaders, Sparrows and Ghost Shells. Now, there is a third Forge yet to drop (so far we have two), as well as a related fourth event called Niobe Labs and the quest for the return of the much-anticipated Exotic Handcannon, The Last Word. But, if you ask most players what they think, I can almost guarantee they’ll tell you it’s not enough to fully justify the individual price-tag or the cost of the Annual Pass. It equates to what would be a mid-sized title update in something like Warframe. I suppose, though, as in all things Destiny-related, if you’re willing to put in the time and spend another 12 to 30 hours grinding every last Exotic, Triumph, and armour set, you’ll get your money’s worth from The Black Armory eventually.

But, is the content itself any good? Well, we’ve yet to see the third Forge, Izunami, but it’s unlikely to be much different to either Volundr or Gofannon, and no one really knows what the Niobe Labs is going to be yet, but we’re guessing it’s another Forge-like event and part of The Last Word questline. What’s here is pretty standard though. Tess Everis has a butt-load of new cosmetic stuff to either grind for or buy from her store, there’s a new vendor selling bounties and there’s a new six-player Raid set inside the Last City itself called Scourge of the Past. The Forges are pretty entertaining, and come as close as Destiny 2 has so far gotten to either Prison of Elders or Archon’s Forge – plus, you can matchmake into them, which is a massive bonus. There was a lot of fuss about the original Light requirement, which Bungie soon dropped in the quickest hot-fix they have ever applied, lowering the requirement by 5 Light, or should I say, Power Levels. It’s much more balanced now, but still a challenge. I began the week at 599, and was 610 by the Sunday before reset and able to finish Volundr with a similarly-levelled Fireteam without too much trouble.

I’m actually glad I couldn’t finish the first Forge on day one, because it forced me to grind my Powerful Engrams, and gave me ample time to complete the preliminary quests. See, not only do you have to follow a mini questline to unlock each Forge, but the weapons you create within them begin as frames and must be built up by completing a checklist of quests before you can finish them off by igniting a Forge.

Each Forge has three phases of enemies (in Volundr, they’re Cabal; in Gofannon, they’re Fallen) which you have to hold off. In Phase 1 and 2, a timer counts down from 60 seconds, and you have to add to it by killing glowing blue enemies. These enemies also drop Batteries, which you must pick up and throw into the Forge to ignite it. The first two rounds require 20 Batteries be deposited, while the final round asks you to kill the Forge Warden as quickly as possible. You’ll drop gear and materials for each completion, as well as finish any Black Armory weapon frames you’ve previously advanced to their final stages.

There’s not much of a story behind it all, other than that you’re helping the secretive Armory restore its former glories by reclaiming the Forges and destroying the various alien menaces who have stolen them. Elsewhere in Destiny 2, the time of the Dawning is upon us once again, Destiny’s festive, Christmassy Event that will run for the next three weeks. While there are no additional quest lines or anything as cool as the Festival of the Lost’s Haunted Forest, there is an oven. And baking. And a Sparrow shaped like a sleigh that fires Glimmer out of its arse when you boost. So there’s that. To be honest, the Dawning Event this year is pretty entertaining, as you track down ingredients to bake snacks for the all the NPCs. The oven comes courtesy of one Eva Levante, who OG Destiny players will remember as being the Shader and Emblem vendor back in the day. Where the hell she’s been since, we don’t know, and where she got this magic oven that converts alien body parts into sugary snacks is yet another mystery – and one we probably don’t want answering. Anyway, there’s a full list of all the recipes and where to find the ingredients here.

In the Crucible, Mayhem has made a return for the week. This is by far my favourite game mode, as your ability and supers recharge at an incredibly fast rate, and heavy ammo drops like confetti. Matches truly are mayhem, and the whole thing is just frantic fun.

I’m not about to tell you The Black Armory is value for money either way, but I will say that Destiny 2 is a pretty good place to hang out right now, with a ton of stuff to do, a challenging new mode, and some tongue-in-cheek grinding to see you through to 2019.

I’ll be back as soon as possible with a report on the final Forge, the Niobe Lab, the Last Word Exotic Quest, and, hopefully, the new Raid.

Senior Content Editor Mick has been playing games for over 30 years and writing about them for around 12. After drifting from site to site for a while, settling briefly at the now-defunct Made2Game and freelancing for the gone-but-not-forgotten NintendoGamer Magazine, he came at last to rest at Godisageek. Mick has been a reviewer, staff writer and content editor here for some time, while also moonlighting a little for Red Bull Games. He has 4 kids, has written 2 novels, and sometimes even manages to pay a bill or two. You'll usually find him defending the galaxy in Destiny 2, battling evil in Diablo 3, or lurking in the background on Twitter. Find him there @Jedi_Beats_Tank, or on XBL (JediWaster247), PSN (Jedi_Waster) or Nintendo (JediWaster).
MORE LIKE THIS
ActivisionblogBungieDestiny 2