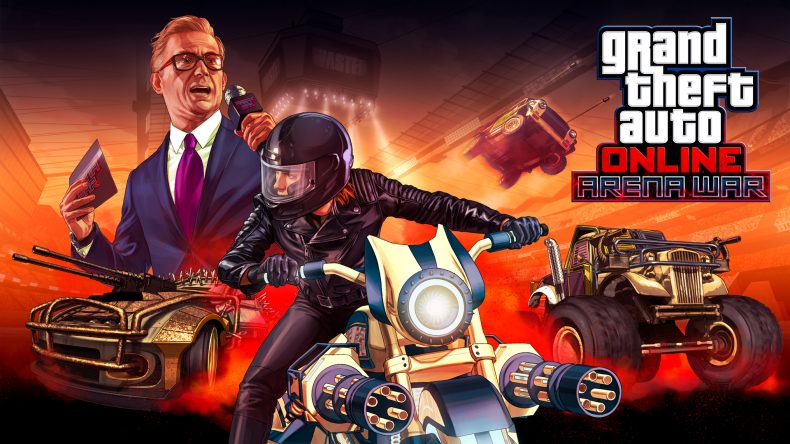 No, Red Dead Redemption 2 hasn’t sounded the death knell for Grand Theft Auto V. GTA Online is still very much alive and well, and Rockstar has released its latest addition to its online juggernaut: Arena War.

Starting with a whole new Arena Workshop and 12 new vehicles, via the in-game website ArenaWar.tv, with some ready-made for the arena and some starting life as standard road cars, needing a few workshop upgrades to turn them into contenders. Each vehicle is available in Future Shock, Apocalypse and Nightmare styles. Whether you’re in it for a quick bit of carnage, or you want the full career experience (available via Arena Workshop office’s Career Wall) that will earn you GTA$, RP and new Arena Points that can unlock discounts on new outfits and upgrades; Arena War offers 7 new events to slake your thirst for destruction: To commemorate the arrival of Arena War, all players logging into GTA Online now through December 17th will unlock the Annis and Bravado t-shirts. Stepping into the Arena this week will net you double GTA$ and RP across the entire Arena War series, too.

Finally, outside the Arena, you can grab up to 35% off these: