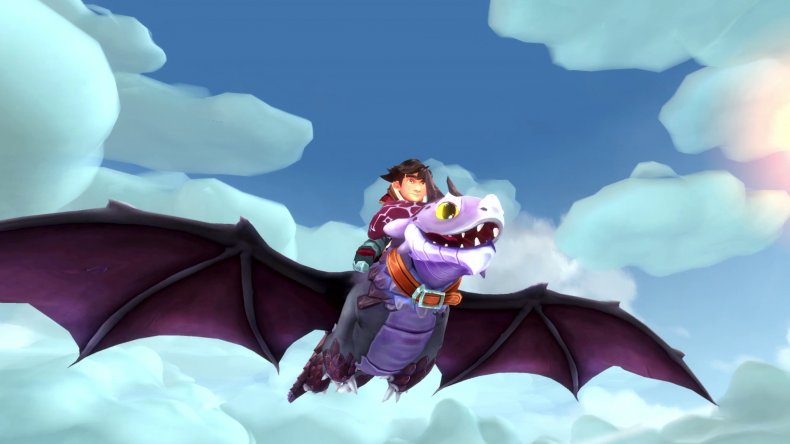 Bandai Namco has given us a first look at gameplay for upcoming movie tie-in title Dreamworks Dragon Dawn of New Riders. The game is coming to PC, PS4, Xbox One and Nintendo Switch on February 1, 2019, which is also the European release date for the How to Train Your Dragon: The Hidden World film.

Remind yourself of what you can expect in the game with the official blurb below:

Players will join the new heroic duo, Scribbler and Patch, in an epic battle to save the dragons and defeat a new villain, Eir, who is forcing dragons to carry out her evil plans. They’ll clash against fierce enemies, explore new and familiar locations and interact with fan favourite characters in this fun and fiery action adventure.

Key features of the game will include:

And if that wasn’t enough, take a look at the new gameplay trailer below:

Dreamworks Dragon Dawn of New Riders is out on PC, PS4, Xbox One and Nintendo Switch on February 1, 2019.

MORE LIKE THIS
Bandai NamcoDreamworksDreamworks Dragons Dawn of New Riders