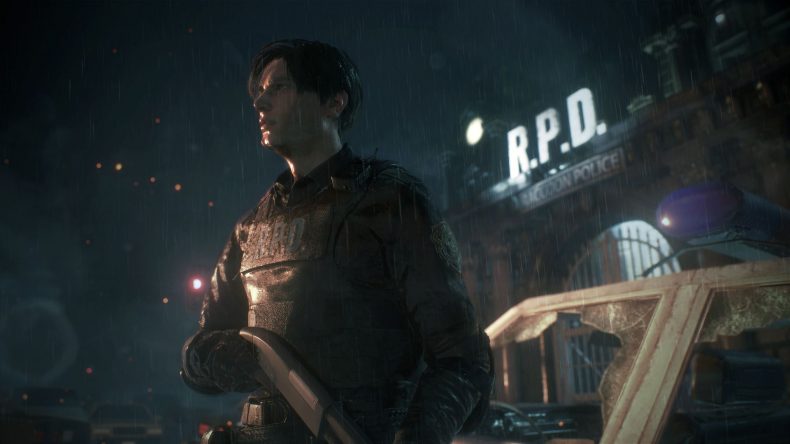 Capcom have announced that a demo for the highly anticipated Resident Evil 2 remake is coming January 11th, but it’s limited.

You’ll have to download it between 11th and 31st of January and it’s a “1-Shot Demo” that gives you 30 minutes to complete the mission objective. It sounds a bit strange so, to be honest, I’m going to paste the info from the press release here so you can read exactly what the score is, but first, a trailer!

The end of the demo reveals a brand new cinematic trailer exclusive to demo participants. While players cannot restart the playable demo after their time is up, there are no limitations on how many times the trailer can be viewed.

In the “1-Shot demo,” players step into the boots of rookie police officer Leon S. Kennedy as he arrives at Raccoon City Police Station in the ultimate worst first day on the job. Leon must survive vicious zombies and solve puzzles to find safe passage out of the station. With an entire building of flesh-eating nightmares lurking between Leon and his escape while the clock ticks down, players need to be sure they’re killing more than just time.

We’ve played quite a bit of the full game and have a preview video, which you can watch below. Check out our impressions of the game in written form, here.

Resident Evil 2 hits PC, PS4, and Xbox One on January 25th, there’s even a steelbook available.

Editor-in-Chief here at GodisaGeek, I organise almost every bit of content as well as running our weekly Podcast, and being the lead producer on our YouTube Channel. That means I'm very busy and sometimes grumpy. Yay!
MORE LIKE THIS
CapcomResident evilresident evil 2