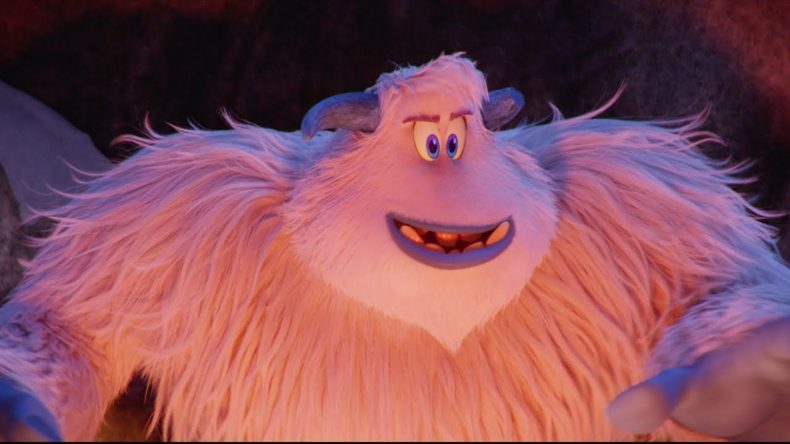 Role reversal in movies isn’t exactly a new concept, but it’s often a way to tell a familiar story or convey a familiar message in a new and diverse way. More and more in the last few decades, animators have been using a similar method to convey important messages to younger generations. Animated features full of slapstick and gaudy musical numbers are all well and good, but if you can also impart subtle and not-so-subtle lessons about self-confidence, equality, inclusivity, self-belief and acceptance.

Here are some of our favourite animated movies to utilise the role-reversal conceit to positive effect. Warner Animation surprised everyone last year with Smallfoot, a hilariously sweet adventure with a strong central message: the importance of integrity. It’s the story of a secluded village of Yetis who live in fear of the mysterious Smallfoot (that is, humans), until one of them ventures into our world and brings a Smallfoot back. Suddenly forced to question everything, a concept that has been outlawed by the village elders, protagonist Migo (Channing Tatum) soon has to choose between living a lie that might keep his village safe for eternity, or telling his fellow yetis the painful truth and giving them the ability to make their own choices for the first time in centuries. It’s a wonderful example of role reversal and genuinely imaginative tale. Disney’s classic family adventure made waves upon its release by bringing an ancient story to life the way only Disney were able to do at the time, telling the tale of a young girl who ran away to join the army and avoid bringing shame to her family. Of course, the irony was that by her very actions she risked even greater shame, since during China’s ancient past women could not become soldiers. However, the story weaved in Mulan, of triumph over adversity and personal courage, was so powerful and well-told that it still resonates today. We’ve all heard stories of ogres and dragons and damsels in distress, but Dreamworks turned all that right around in 2001 with Shrek, the story of a reclusive, bad-tempered ogre who just wanted to be left alone in his swamp, but who instead ended up embarking on an epic quest to rescue a princess, outwit a dragon, and defeat a dastardly villain, all while subverting as many fairytale tropes as the creators could squeeze into the runtime. When the princess turned out be less “in distress” than we were led to believe, and was actually not only a forthright badass but also a girl with a monstrous curse of her own, the resultant twist helped turn an entire genre on its head. A few years later, Disney took another tired trope – this time that of monsters hiding under the bed – and flipped it. Monsters Inc. presented its two protagonists, Sully and Mike, as a pair of lovable high-rollers whose ability to scare children made them the best at what they did. That is, generating screams to power a secret parallel world populated entirely by monsters. When stuck protecting a painfully cute human child, it soon transpired that Sully and Mike weren’t monsters at all, but a couple of regular guys doing their jobs. The realisation that they could help humanity, instead of just terrifying them, leads to one of the sweetest endings we’ve seen. Dragons are supposed to be scary. They’re supposed to be terrifying, fire-breathing beasts that lay waste to villages and devour whole herds of cattle. They’re not supposed to be friendly pets that can be trained to serve humanity faithfully, carrying us into battle and forming bonds stronger even than dogs. Though, dogs can’t fly or breathe fire, can they? No. They’re rubbish. In 2010’s HtTYD, Dreamworks made dragons our best friends, subverting our expectations in heart-warming ways. Vampire? Check. Wolfman? Check. Terrifying castle? Check. Innocent bystander wandering into the wrong place at the wrong time to find him or herself at the mercy of evil? Che… Oh wait. No, that’s not right. Hotel Transylvania is the opposite, in fact, and shows that the beings usually regarded as “bad” are actually just misunderstood, trying to go about their lives in a way that maintains their privacy and by extension protects humanity. Clever. Steve Carell’s Gru is a villain, a big one. A supervillain, in fact, whose entire existence is changed when he falls out of favour with the evil council who “employ” him, and inadvertently becomes guardian to a trio of adorable orphans who teach him – and us – that sometimes being bad is the only way to be good. It’s a clever, funny, moving role reversal that struck a chord with millions of people and taught us all some important lessons in the process.

Senior Content Editor Mick has been playing games for over 30 years and writing about them for around 12. After drifting from site to site for a while, settling briefly at the now-defunct Made2Game and freelancing for the gone-but-not-forgotten NintendoGamer Magazine, he came at last to rest at Godisageek. Mick has been a reviewer, staff writer and content editor here for some time, while also moonlighting a little for Red Bull Games. He has 4 kids, has written 2 novels, and sometimes even manages to pay a bill or two. You'll usually find him defending the galaxy in Destiny 2, battling evil in Diablo 3, or lurking in the background on Twitter. Find him there @Jedi_Beats_Tank, or on XBL (JediWaster247), PSN (Jedi_Waster) or Nintendo (JediWaster).
MORE LIKE THIS
disneyDreamworks