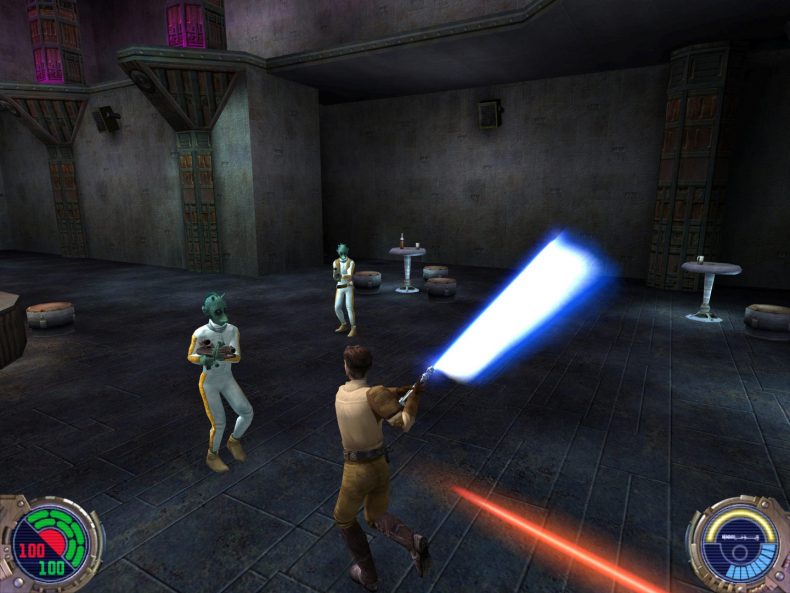 Star Wars is one of the biggest franchises on the planet. Before the Marvel Cinematic Universe came along and Avengers: Endgame began obliterating box office records, I would have said nothing could match the Star Wars universe for sheer popularity. But this isn’t a Marvel vs Star Wars piece, so let’s just say that George Lucas’ sci-fi series is still one of the most popular things in existence. And rightly so.

What has this got to do with games, you ask? Okay, you didn’t, but I’m going to pretend that you did. Well, there is a whole galaxy of planets and stories that can be told within the Star Wars universe, and there was a particular point in time where the quality of these games was at its highest. This era spanned over a decade and honestly, mainly consisted of PC games, but there were great games all over the place. Here are just a few that I love, during that time. Remember during the Nineties, assuming you were alive then, when space flight simulators were all the rage? Games like Wing Commander (coincidentally, a series starring Star Wars’ own Mark Hamill) and Freespace were popular, but there was also a Star Wars game in 1993 called Star Wars: X-Wing. Later however, in 1994, a sequel was released in which you get to see things from the Empire’s perspective, that sequel was TIE Fighter.

After the victory on Hoth at the beginning of The Empire Strikes Back, you play a TIE pilot tasked with helping the Empire to maintain peace in the galaxy. Yes, we all know that we’re on the villain’s side here and “peace” is far from the goal of Emperor Palpatine, but Star Wars games are usually all about the good guys, so it was just cool to see things a different way.

The game was essentially a flight simulator, and one of the reasons why I bought a PC flight stick back then, needing quite the dexterity and memory in using all the various keys and buttons to change weapons, monitor shield strength and direction, target various ships and stations. The thing is, teenage me was ecstatic about being able to pilot a TIE Fighter and all the extra controls just helped me feel like I was really sat in its cockpit.

Teenage me was even more ecstatic when, around halfway through the game, Darth Vader personally invited me to accompany him on missions. I mean, it was Darth freaking Vader, man. He’s still one of the most iconic characters to this day, and here he was, asking me to be his wingman.

Okay, so the game had those dreaded escort missions and all of the trappings of game design that thankfully aren’t really present anymore, but it was so compelling and there was so much story behind the scenes with civil wars and traitors trying to bring down the Emperor from within his Empire, that you just hadn’t seen before.

It’s just a shame that almost all of the expanded universe was wiped out when Disney took over, but hey, that doesn’t change the excitement I experienced while playing the game. And you know what? It still didn’t, when I played it again a few years back when it was re-released. Now here’s an interesting one. Dark Forces had you playing as Kyle Katarn, a mercenary working for the Rebel Alliance. Again, this isn’t canon anymore, so the fact that Kyle Katarn recovers the Death Star plans at the beginning was kinda wiped out by the release of the movie Rogue One.

Still, Dark Forces was an excellent first-person shooter set in the era of the original Star Wars trilogy. It was cool to take on Stormtroopers in a Doom-like visual style, and just being able to wield blasters and run around space stations and even a Super Star Destroyer, was exceptionally cool at the time.

While it’s true that the game hasn’t aged too well and wasn’t especially great on PlayStation at the time (and there were no patches on consoles back then), it was still a fun game. It also spawned a sequel, a classic that would influence games even today. Jedi Knight is a classic. No doubt about it. It took the idea of Dark Forces and made it fully 3D, even introducing Force powers and lightsaber combat. It was the first game to really make you feel like a Force user, giving you the choice of Light or Dark abilities, but you’d have to be wary of which side you chose as it would influence the story.

Playing as Kyle Katarn again, the story picked up after Return of the Jedi, and a new dark Jedi known as Jerec is attempting to replace the dead Palpatine and rule the galaxy. This time, however, it turns out that Katarn has latent Force powers, and with the guidance of a dead Jedi (Star Wars loves a good Force ghost, after all) he learns how to focus his powers and that meant a proper Jedi experience in first-person. A real fantasy for Star Wars fans.

You know what I loved the most about Jedi Knight, though? It had FMV story scenes, with real actors delivering dodgy lines against CGI backgrounds. It was terrible even at the time, but much like the original Resident Evil, this just added to the charm of an already fantastic gameplay experience. Perhaps the best of the Jedi Knight series, Jedi Outcast picked up a couple of years after the last game, with Kyle Katarn once again the protagonist. He’s cut ties to the Force, as you do, after nearly being seduced by the Dark Side, which makes sense given how quickly he was forced (heh) to learn about and use his own Force powers in the previous game.

There was a real sense of fan service about Jedi Outcast, with characters like Luke Skywalker and Lando Calrissian making appearances, but it worked. Regardless, Katarn eventually returns to the Force, like a police officer coming back from a long holiday, and takes up his lightsaber once more.

There was just something special about the way Jedi Outcast looked, felt and played, that really made you feel part of the Star Wars universe. Even now, it’s an excellent game despite some balancing issues, proving just why it’s seen as one of the best Star Wars games. I do hope that Respawn’s Jedi: Fallen Order follows in the footsteps of the Jedi Knight series. This is where the tone shifts dramatically, in terms of the games from this golden era. Not only does it shift from the original trilogy to the prequels (I can sense you groaning and rolling your eyes at the thought of anything relating to Episodes I-III, but bear with me), it also goes for a more family friendly, almost slapstick approach to Star Wars.

Going through the events of the then-new trilogy, cutscenes would play out without dialogue, instead using exaggerated animations of the little LEGO figures to great effect. The gameplay was simple, with no game over screens, but had a depth that would see me returning to levels again and again.

Despite a sequel that had you playing through the original trilogy, and eventually a release with both trilogies included, along with extra levels and rejigged versions of existing ones, nothing quite matched the quality of that first LEGO Star Wars. It was special.

I know there were many other stunning games released in the same time period as the ones mentioned above, such as Rogue Squadron and its sequel, as well as sequels to TIE Fighter and a final entry in the Jedi Knight series, not to mention the exceptional Knights of the Old Republic (available as part of Xbox One’s Game Pass, I should say), but I remember the games I chose more fondly than the rest.