previous
Pokémon Sword and Shield introduces raids, giant Pokémon and a release date
random
next
The next chapter for Battlefield V is on the way
0 comments 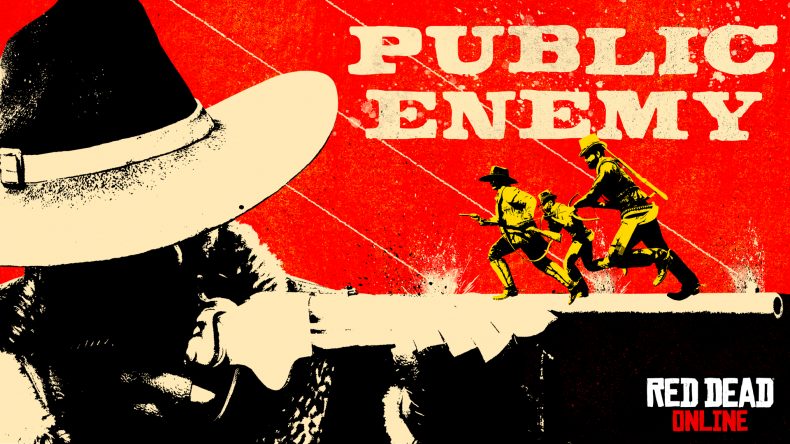 Rockstar has released the details of what is include in this week’s update for Read Dead Online, which includes a new Showdown mode called Public Enemy as well as a new Free Roam event – Railroad Baron and new customisations.

The new Showdown mode – Public Enemy has opposing teams competing to take out each other designated (and rotating) ‘Public Enemy’ to secure the most points and victory. Railroad Baron is a twist on King of the Castle and pits players against each other as they fight for control of a specific area on a moving train.

Elsewhere in the update, all Red Dead online players can score a version of the new Bellerose Hat for free by logging on this week, additional styles can be obtained via the Wheeler, Rawson and Co catalogue along with the new Flores Vest and remaining limited supplies of the Calhoun Boots, Raccoon Hat and Shaffer Chaps. There is also additional discounts on Provisions and Wilderness outfitters. For this week there is a 35% discount running on Provisions and players can customise their Camp with a new flag, theme or an upgraded tent that recharges cores quickly while resting at camp.