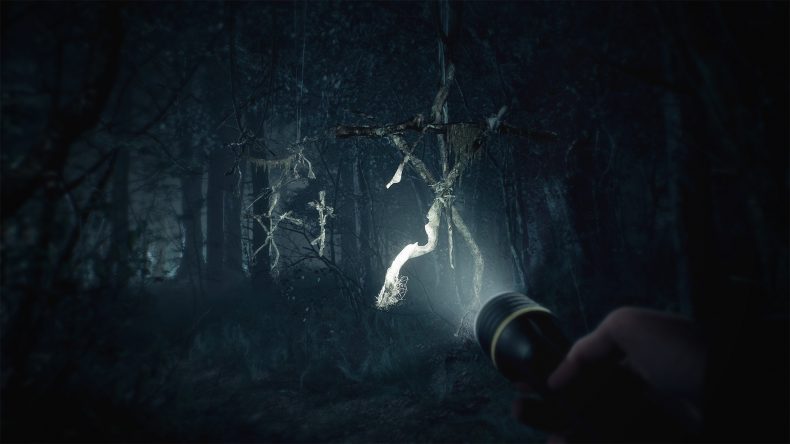 Announced during Microsoft’s E3 briefing, Bloober Team’s Blair Witch game was a welcome surprise that I don’t think any of us realised we wanted. But we do want it, especially as it features a very good doggo named Bullet. On Game Informer’s “New Gameplay Today” on Youtube, they showed off some exclusive new gameplay footage that looks pretty darn good.

Given that Bloober Team made the delightfully spoopy Layers of Fear, I’m quietly confident that Blair Witch could be an atmospheric and terrifying game. This new gameplay footage seems to support that.

We’ll see exactly how good it is (or isn’t) when Blair Witch comes to Xbox One and PC on August 30th.