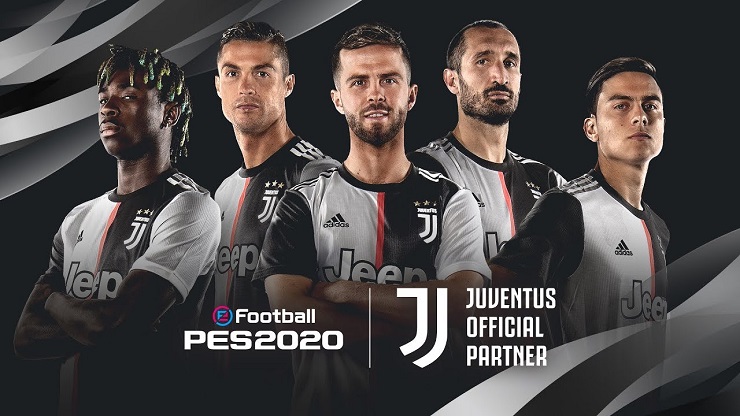 It seems everyone wants to deal with Juventus these days, and Konami is no different, signing a partnership deal with them for eFootball PES 2020 licences.

Yes, Juventus, the team that was relegated from Serie A back in 2006 due to the major Italian football scandal is a powerhouse of football once again, boasting players like Cristiano Ronaldo and Miralem Pjanić. Now, as they lack the full FIFPRO licence that EA’s FIFA series has, Konami has signed a partnership deal with Juventus allowing them to feature the club, the players, the stadium and also puts Pjanić in the position of Official eFootball PES Ambassador, with his visage gracing the cover of the game.

All the Juventus players will be body scanned into the game, meaning that you will see all their lumps and bumps as well as Ronaldo’s immaculately gelled hair.

In the interest of fairness I should state that Juventus has the largest fan base in Italy and has won a record breaking 37 league titles. They’ve also won thirteen Italian Cups and Eight Italian Super Cups, they’ve also won the Champions League Twice, so they’re not shabby at all.

eFootball PES 2020 will release on PS4, Xbox One and PC-Steam on September 10 in America and Europe but Japan will have to wait until September 12.

A lover, not a fighter and an all round good guy (he would say that, he wrote this after all), he's happy to be here as part of GIAG.
MORE LIKE THIS
eFootball PES 2020KonamiPCpes