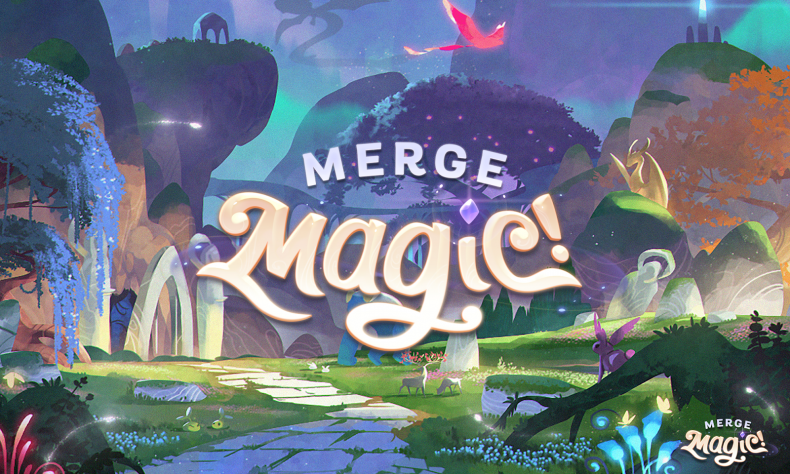 Zynga Inc. has today announced the worldwide launch of their brand new puzzle adventure game Mere Magic! Developed by Gram Games – the team behind Mere Dragons!, 1010!, and Six! – Mere Magic! sees you attempt to merge various creatures and match new items to win rewards that’ll unlock plenty of surprises as you play. With new graphics and engaging gameplay, Mere Magic! has you creating a range of weird and wonderful creatures such as the ‘Peacat,’ which is obviously a mix between a peacock and a cat.

“We wanted to create a new puzzle game where players can merge anything together to create unique mythical creatures that no one has ever seen before,” said Eren Yanik, Chief Product Officer of Gram Games. “The possibilities are rousing in Merge Magic!, taking our signature ‘match and hatch’ gameplay to bewitching new heights, offering players lots of depth in exploration and immersing them throughout their journey. Our future in-game events will also offer the community different ways to interact and enjoy the gameplay, not least of all our planned events for this coming autumn and Halloween”.

Discovering enchanted tales and quests in the mysterious world of Mythia will be your goal, combining everything into better and more powerful items throughout your journey. It’s up to you to lift the curse on Mythia and you’ll have to merge a whole manner of things to do so, whether it’s eggs, treasures, magical flowers, trees, or magical creatures.

“Merge Magic! transports players to fantastical new worlds where they will discover mythical creatures like the powerful unicorn and feisty fairy and create never-before-seen hybrids like combining an elephant and a butterfly to make a butterphant,” said Bernard Kim, President of Publishing at Zynga. “Players will find hours of enjoyment in discovering magical objects, creating creatures, and lifting curses on mysterious new realms.”

There’re witches ready to stop you in your tracks, mythical creatures like fairies, unicorns, and minotaurs, and frequent events you’ll be able to participate in and win advanced beings to take back to your garden. You can download Mere Magic! now on iOS and Android.

Video games are cool. Don't let anybody tell you any different.
MORE LIKE THIS
AndroidiOSZynga