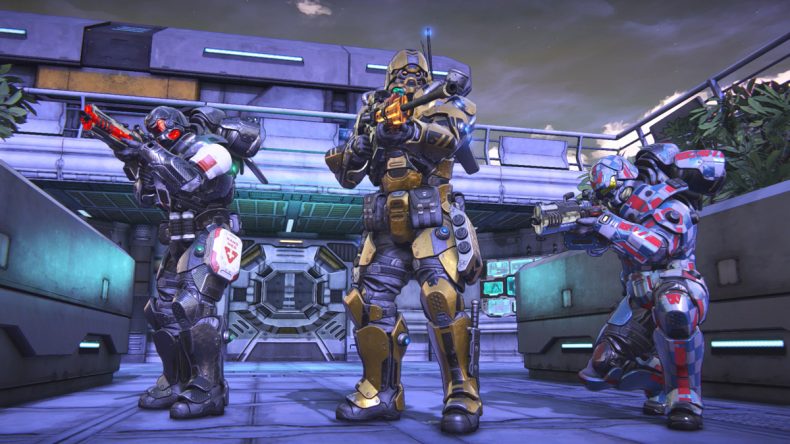 Attention, soldiers! We’ve got one hell of a giveaway for you, and it’s starting right now. We’ve got 20 Recruit Editions and 10 Legendary Editions of PlanetSide Arena up for grabs, and all you need to do to win one is let us know in the comments (or via the hashtag #GiaGPlanetSide on Twitter) why you want to play Daybreak Game Company’s epic new MMOFPS.

In this massive-scale, match-based sci-fi arena shooter, you’ll team up with other players in teams of 12 to earn dominance in full-scale assaults. With tons of vehicles, weapons, classes, and upgrades, there’re plenty of reasons to suit up and jump in.

Video games are cool. Don't let anybody tell you any different.
MORE LIKE THIS
competitionDaybreak Game CompanyPlanetSide Arena

Competition: Win an official Fortnite t-shirt of your choice

Competition: We’ve got 50 MapleStory 2 Founder’s Packs to give away