previous
Rain of Reflections Out Now on Steam
random
next
Ms. Marvel Joins the Cast of Marvel's Avengers
0 comments 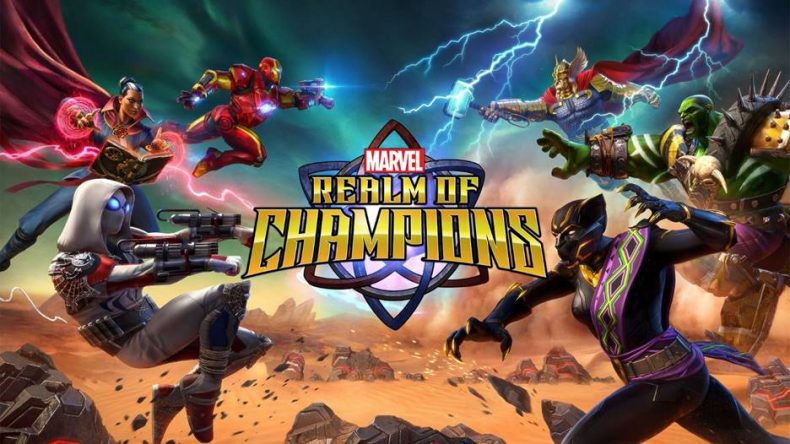 Dev team Kabam, creators of the Marvel mobile game Marvel Contest of Champions, are again working with Marvel to bring another mobile game to the market. The new mobile game will be titled Marvel: Realm of Champions.

The real time RPG will have Marvel inspired factions referred to in-game as ‘Houses’. You, along with other players and friends can team up and battle against enemies and other players in the Battleworld. If you happen to be at the New York Comic-con you can find out more info about the ‘Houses’ at the Marvel booth.

In Realm of Champions you’ll be transported to Battleworld where an uneasy peace has been wrecked thanks to the death of the god-king Maestro. With the alliances broken the various ‘Houses’ like House of Iron (Iron Man), Spider-Guild (Spiderman), Patriot Garrison (Captain America), Pyramid X (X-Men) and others are fighting for global domination.

Players will choose which ‘House’ they are loyal to and fight against enemies and other players to gather resources for their chosen faction.

“With MARVEL Contest of Champions celebrating its fifth huge year, it’s thrilling to see Kabam expand their ongoing story and invite players to become their own Marvel Super Hero to vie for the fate of Battleworld,” said Bill Rosemann, Marvel Games VP of Creative. “From the gleaming skyscrapers of the House of Iron to the webbed alleyways of the Spider-Guild, both dedicated players and casual fans alike have an entire planet waiting for them to explore and conquer. Whose House will you choose?”

In addition, there’s also a trailer showing off some super heroes you can expect to see.

The Hobbit: Armies of the Third Age Enlists Over One Million Users