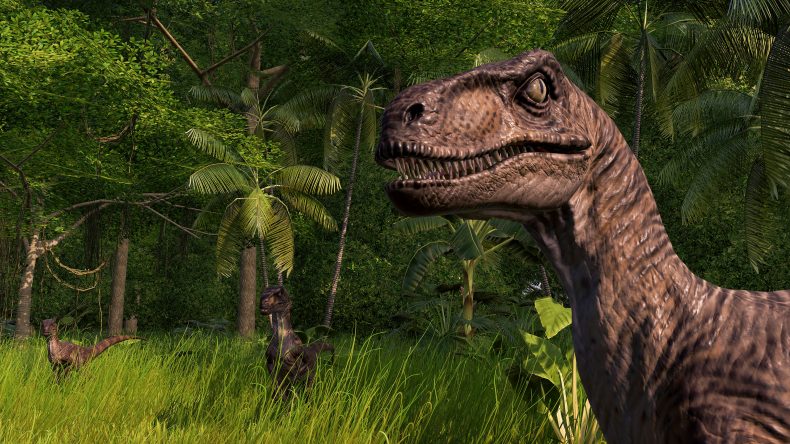 Set after the events of the original movie, Return to Jurassic Park tasks players with rebuilding the doomed park, revisiting the original islands of Isla Nublar and Isla Sorna, in seven new story missions. Can’t exactly see the survivors being too happy with opening Jurassic Park to the public, can you?

Return to Jurassic Park comes to Jurassic World Evolution on December 10th, priced at £15.99 on PC, PlayStation 4 and Xbox One.

Planet Zoo is an impressive and in-depth park-building game

Elite Dangerous’ biggest update of the year to be released soon
Be the first to comment!
Leave a reply »